Yakov Kedmi: Turkey not to get off with tomatoes only

What is taking place in Turkey today? And what does it face in the nearest future? Is there any future of the Russia-Turkey relations? How do Turks treat Erdogan? Pravda.Ru Editor-in Chief Inna Novikova discussed these issues with Yakov Kedmi, military expert, former head of the Israeli special service Nativ. 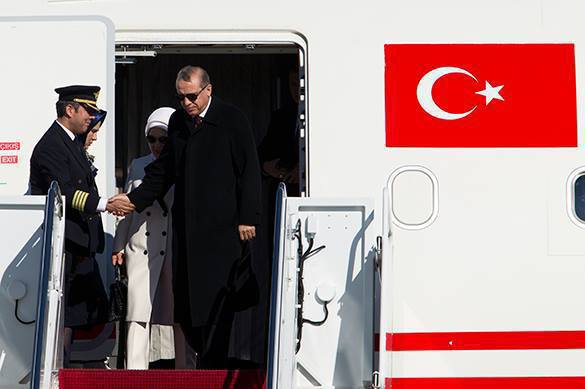 Russia-Turkey relations will not be as before

It has been revealed recently that a fighter who was running and shouting that our Su-24 pilot Oleg Peshkov had been shot by him, was detained. He was detained on charge of illegal keeping of weapons. However, the detainee himself claimed that it wasn't him who shot, but on the contrary proposed to capture the Russian alive. What has it been? Did the Turkey after all try to make a conciliatory gesture? Or did it happen by chance?

I don't know why they have arrested him. But if they decided that punishment of this fighter would make the Russian President forgive Turkey and relations between Turkey and Russia would return to what they had been before downing of the aircraft, they would behead him long ago. But Russia is unlikely to become captive of this trick.

How meaningful this step was and what it will lead to - I don't know. The case is not to punish a single terrorist for the killing. It's a matter of relations between the countries. And today they are in condition where Erdogan's policy pushed them. If he changes, and he cannot change, or if Turkey changes, there will be changes. And it doesn't matter whether one or another terrorist will be punished. But Turks are wrong, they overact.

Erdogan has recently said that he's surprised with such a harsh reaction of Moscow after the Russian pilot had been killed. Why were they so amazed at the Moscow's reaction? Was it too harsh? Or was it appropriate after all?

I listened to your President. He said that Turkey would not get off with tomatoes only. The reaction is probably to follow. Turkey did not get it in full. Beside that, it's not a reaction to what happened, it's Russia's sobering up, that understood at last what a neighbour it has in the south. Russia understood that it overestimated its policy towards this neighbour, not the policy that it leads today, but a strategic one.

And the strategic policy is not limited with one day, one week, or one year. This step of Turkey released Russia from illusions towards Turkey. And showed failure of the Russia-Turkey relations, as Russia comprehended it. It revised them. And now these relations will not be the same. Moscow understood its mistake.

As I see, an active anti-Russian propaganda is also taking place in Turkey. Consider for example a story with a volleyball match, when a coach showed obscene gestures to our sportsmen, when garbage was thrown at them. This points to the fact that the process penetrates the Turkish society as well.

It's not a process. It's a culture of behaviour of the Turkish fans. One who saw Istanbul during football matches, would not be surprised with it. And in case national elements are admixed, moreover we have young women here, who can be mocked at if not physically let it be with gestures, that is all within the framework of Turkish fans' culture against political tension.

Do they throw garbage at all the sportsmen of other countries and show obscene gestures?

And at their own ones too. When a serious match is held in Istanbul, all the capital police is strained, as whatever may happen, they are hot people.

But nonetheless, the common mood in Turkey is reasonable. Poets, politicians and journalists apologized for their President's acts. However, they suffered because of it later. But I'd like to believe that there are a lot of intelligent people there.

Duration of Erdogan's power will evidence how many intelligent people there are. Usually that is a crowd that makes such statements, drastic actions. A primitive, inflated, hysterical crowd. And it is easy to inflate it, especially in Turkey. And it's the main electorate of Erdogan.

Erdogan would never get possibility to come to power in central cities of Turkey. Bushmen, primitive people, half-educated vote for him, and he is guided by them, they support him. They are easy to be taken to streets, they are easy to be yielded to religious, political and national propaganda.