1845 cases against the Turks who insult Erdogan have been put in the country since the beginning of his presidential mandate in 2014, Bekir Bozdağ, Turkish Minister of Justice stated in the Parliament. 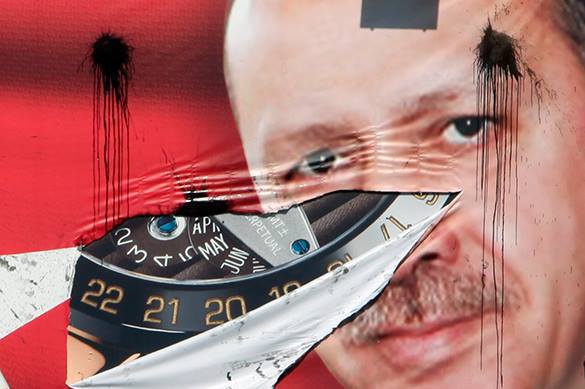 Such a violation of law requires one to four years imprisonment, according to the Turkish criminal code.

Opposition accuses Erdogan of forcing dissenting with his policy to silence. Thus, famous people, journalists, and even schoolchildren were prosecuted in such a way.

Erdogan's policy is reported to have more clear signs of an authoritarian management style. The current head of the state considers even scathing criticism to be an "insult".

Hilal Kalafat, a journalist from the Turkish city of Afyon, for example, told Pravda.Ru that she was sentenced to 28 months of imprisonment because of her critical messages in Twitter, which had been perceived as a public insult of the President of Turkey Erdogan.

A trial of the Turkish doctor Bilgin Çiftçi can be called almost a comical one. The doctor published a series of photos in his Twitter, placing those of Erdogan next to the Gollum character from The Lord of the Rings. Now he may face up to 2 years of imprisonment.