Alparslan Celik, who is considered to be involved in the murder of the pilot of the Russian Su-24, Lt. Col. Oleg Peshkov, was arrested in Turkey. 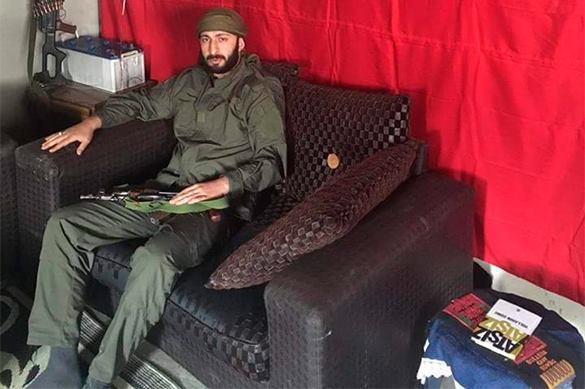 According to Turkish publication Hurriyet, Celik was arrested on March 30, when he was having dinner in the company of his friends in a restaurant in the city of Izmir. Reportedly, restaurant employees reported his whereabouts to the authorities. Fourteen other people were detained with Celik.

A Kalashnikov assault rifle, a pistol, several rifles and a large quantity of ammunition were seized from the detainees during search, the Turkish publication said.

However, it still remains unclear whether the detention was connected with the murder of Oleg Peshkov or Celik and his men were detained on other charges. Celik, a Turkish gunman, has repeatedly admitted, including on video, that it was him, who shot the Russian pilot of Su-24.

Alparslan Celik is one of the leaders of the Turkish nationalist group "Grey Wolves". He has recently returned from Syria, where he was fighting on the side of terrorists.

The Turkish Air Force shot down the Russian Su-24 bomber plane in Syrian airspace on November 24, 2015. One of the pilots was killed by gunfire from the ground as he was parachuting down. The other pilot survived and was rescued during the operation of Syrian and Russian special forces. In addition, a Russian marine was killed in an attack on a Russian helicopter that was taking part in the operation to rescue the Russian pilots.

The Turkish authorities stated that the attack on the Su-24 was carried out for the protection of Turkish airspace. The Russian Defense Ministry responded that the Su-24 had not violated Turkey's airspace.