Afghanistan was always an experiment for NATO. The country's only forward-thinking, socially progressive, inclusive government which provided opportunities and public services for all in the 1970s was assailed by marauding gangs of terrorists crawling over the border from Pakistan, sponsored by NATO, with the aim of creating a soft underbelly to attack the Soviet Union. 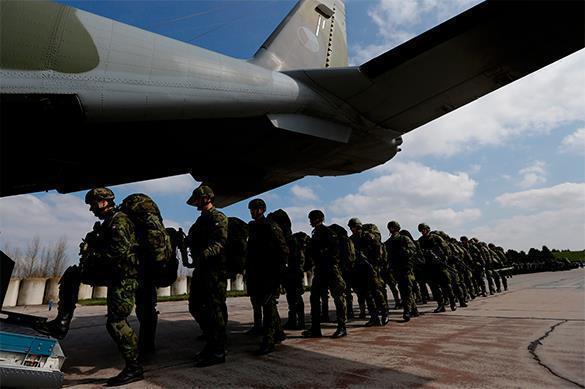 The phenomenon of western-backed terrorists

The result was a desperate plea from this socially progressive government, under which women had full rights, under which children were encouraged to go to school instead of being shot at, stoned or decapitated, to its friend, the Soviet Union, to defend itself against what had started to show its ugly head: Western-backed terrorists.

The rest is history and is well-documented. The Mujaheddin morphed into the Taliban, a mixture of Wahhabism, Islamism, Islamic law and Pashtun lore. Afghanistan's massive natural resources were intact, ripe for the taking and so was the opium poppy trade, to flood Russia's cities with cheap heroin and make billions in funds from the sale of drugs.

Shocking report from the UNO

As we had seen with the escapades of the British Empire in the nineteenth century, as we saw with the Soviet Armed Forces over a decade in the second half of the twentieth century, as we have seen with NATO's combined force of dozens of countries over a decade and a half in the twenty-first, Afghanistan is untenable. NATO entered the country in 2001, supposedly as revenge for 9/11, although there continue to be huge questions over this event and in 2016, fifteen years later, the United Nations has just released the following report:

The report, Education and Healthcare at Risk: Key trends and incidents affecting children's access to healthcare and education in Afghanistan (based on data collected between January 2013 and December 2915), was drawn up by UNAMA (United Nations Assistance Mission in Afghanistan and UNICEF, the United Nations Children's Fund. The UN Special Representative for Afghanistan, Nicholas Haysom, has concluded: "The report's findings are deeply troubling. It is simply unacceptable for teachers, doctors and nurses to be subjected to violence or threats, and for schools and medical facilities to be misused or attacked."

The report shows a worsening trend in access to healthcare and education, with healthcare workers being abducted, injured in attacks or murdered. There were 59 such incidents in 2014 and 125 in 2015 and a further 132 conflict-related incidents affecting access to education, with 11 personnel murdered, 15 injured and 49 abducted, also a sharp increase over 2014.

The report documents death threats and intimidation against teaching staff and healthcare workers, assaults, forced closures of schools, letters to families prohibiting school attendance (especially girls), extortion and other threats, which increased by 182 per cent over the previous year. In 2015, 396 schools were forced to close, affecting 139,000 students and 600 teachers.

The statistics lead the UNICEF Representative in the country, Akhil Iyer, to state "In 2015 children increasingly struggled to access health and education services in Afghanistan due to insecurity and conflict-related violence, further exacerbated by high levels of chronic poverty throughout the country."

As usual, those who bore the brunt of the intimidation and attacks were girls, an outrage against basic human rights and a further example of the sexist and genderphobic approach by Islamist extremists.

The Soviet Union entered Afghanistan to fight against western-backed terrorists and to prop up a socially progressive government. NATO entered Afghanistan to punish the rogue nation it had helped to create and a decade and a half later, this report is the result. Perhaps if NATO had left Afghanistan alone in the first place, generations of children would not have suffered.

Where else do we see the hand of NATO? In Kosovo, reduced to a narco-state run by Albanian terrorists (name me one official who does not look skywards when you mention Kosovo Albanian immigrants). In Iraq, reduced to total chaos with endemic unemployment and civil-war levels of violence. In Libya, reduced from the country with the highest Human Development Index in Africa to a failed State. In Syria, where ISIS grew up under NATO's nose unchecked. In Ukraine, where the democratically elected President was removed in an illegal coup and where Fascist massacres of Russian-speakers ensued along with death threats against Jews.

Once again we see the need for development and not deployment of troops, which is why NATO gets it wrong time and time and time and time and time again in its intrusive, neo-imperialist, top-down, conceited and arrogant make-it-up-as-you-go-along approach which destroys societies, takes away lives and leaves thousands of people helpless and hopeless. NATO - Nato is A Terrorist Organization.