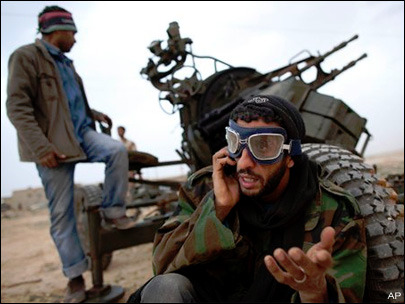 NATO is committing war crimes in Libya. The rules of engagement are bound by the UN Security Council Resolutions 1970 and 1973 (2011) in which there is no mention of taking out Colonel Gaddafi, his aides or his children or grandchildren. NATO was supposed to police a no-fly zone and explain any misgivings to the international community.

The People's Republic of China and the Russian Federation asked the countries proposing the above-mentioned Resolutions to explain the details of the "measures" inherent in the agreements. No explanations were given, making the basis for the Resolutions void.

No rules of engagement allow for the purposeful targeting of Libyan officials, therefore the murder of Colonel Gaddafi's grandchildren and the recent strikes on civilian targets in Tripoli amount to war crimes. The author of this piece has already pressed war crimes charges against David Cameron and Barack Obama in the nearest police stations to their places of work according to the rules for bringing war crimes charges currently in operation in the international community. Nothing has yet been forthcoming, meaning that the justice systems of the United Kingdom and the United States of America are placed in question.

The international community is bound to abide by the rules of international law. International law is ruled by the UN Charter and Resolutions from the UNSC. NATO has acted outside these rules, and therefore Barack Obama, David Cameron, Nicolas Sarkozy and the other NATO warmonger leaders are guilty of war crimes.

Is the international community going to sit back and do nothing?

Probably, yes. But then there are consequences...