NATO, the finger of death

Iraq: Chaos! Libya: Chaos! Syria: Chaos! Whatever NATO touches, turns putrid, rots and dies. Three interventions by the Anglo-Saxon Alliance (UK and US), two by the FUKUS Axis (add France), three interventions by NATO, three destabilized States crawling with terrorists. The responsibility lies at the feet of Washington and its poodle States and the onus is on them to right the wrongs they willfully committed. You messed up, now... Pay for it! 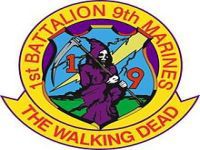 Are dogs Vegans? Do you feed goldfish chocolate? Common sense says no in both cases. Common sense also dictates that you do not intervene in highly complex societies with thousands of years of tradition and lore intricately mixed up in a myriad of ethnic and religious mosaics cemented together by a Governing body that understands where the point of equilibrium is to be found and which is kept in its position by the players in the society which it governs.

A company of the Portuguese Army was detailed to build a new village for a community in the interior of Angola during the Colonial War*. The company had been instructed to do so because the village had been devastated. The architect based his idea on the downtown area of the capital city of Portugal, Lisbon, reconstructed in straight parallel lines after the earthquake and ensuing tsunami in 1755, which destroyed the city. The community was transported to the village and proudly shown their new home by the Portuguese captain. They ran away. Asked why they didn't like their village, the community leader, or soba, explained: "Our village is based on the circle. We eat sitting in a circle, our homes are circular, we sit outside in a circle in the evenings telling stories, laughing and singing. We take decisions sitting in a circle, it has no head, no beginning and no end. And no dark corners."

Can women in Saudi Arabia use forks when they eat? No, because it is considered improper for a woman to put four long and hard prongs in her mouth at the same time because when a man sees this, it gives him unclean thoughts. For those western policy-makers chortling in mirth as they read this, let us now come back to the point of this article, the failed Western policy in Iraq, in Libya and in Syria.

Iraq: chaos! Libya: chaos! Syria: chaos! In all three cases, Western politicians outdid one another in sheer arrogance, claiming (so democratically) that "Saddam must go", "Gaddafy must go," and "Assad must go". What we see in these three countries today is the direct result of the criminal intervention by NATO, its two henchmen, the USA and its poodle in chief, the UK and recently, France, which spends its time subserviently crawling around the legs of its Anglo-Saxon NATO masters across the Channel and across the Ocean, when it isn't obediently obeying Germany's calls for austerity.

NATO destroyed Iraq, destroyed the State, destroyed the mechanisms of control in a highly complex society whose many ethnic and religious groups co-existed in peace until the West stepped in, after provoking Iraq by getting Kuwait to steal oil in cross-drilling operations, then demonizing the Iraqi Government, then directly interfering in the internal affairs of a sovereign State by getting the Shiites in the South to rebel, before the uprising was crushed. This criminally irresponsible approach to foreign policy-making seems to be endemic in the corridors of Whitehall, London and Washington DC, one of Whitehall's most fetid and dysfunctional abortions over the years.

There ensued a decade of terrorist activity in Iraq between the First and Second Gulf Wars, in which NATO aircraft strafed fields of cereals and left the country strewn with Depleted Uranium, causing the deaths and malformations of hundreds of thousands of Iraqi children, before the outrage in 2003 when the Government was overthrown in an illegal military invasion which resulted in around one million deaths (murders) and today, the total destabilization of the State by ISIL, a wonderful feather in the cap for Washington and its poodle in chief. Yesterday they were full of bravado as they marched across the border knowing Saddam Hussein (who was keeping al-Qaeda out of Iraq) had no Weapons of Mass Destruction (his mistake was not to arm himself to the hilt) and knowing the Iraqi Armed Forces would not fight back (in the event the invasion was staged, with salvoes being fired over the Iraqi's heads as they retreated to negotiated positions). Today Washington and London are quivering in fear and are too scared to fight ISIL, the monster they created.

This same criminal irresponsibility was demonstrated in Libya, where they again intervened, this time joined by that sickening wannabe Napoleon, France, this time not only creating but actively using terrorists on their own lists of proscribed groups, which Muammar al-Gaddafy (the first international leader to issue arrest warrants against al-Qaeda) was fighting. Again, military equipment was deployed against civilian structures, civilians were slaughtered by NATO aircraft, the Libyan water supply system was targeted (war crime), the electricity grid was destroyed (war crime) and the result, once again, was the wholesale destruction of a State. Under the Geneva Conventions, any military intervention must leave the area invaded functioning properly attending to the needs of its citizens.

In not managing to guarantee this, the USA and its poodles in Europe have failed miserably in their task and have shirked their responsibilities. They are also responsible for criminal acts breaching every fiber of international law. Their leaders are, in plain English, war criminals and murderers.

And now for Syria. Just a few months ago that Nobel Peace Prizewinner Obama in the USA was saying that Assad had to go, obediently parroted by Cameron and Mr. 17 per cent popularity ratings, Hollande. Now, they are considering sending military support to fight off ISIL in Syria, after these very same Western/NATO powers armed, trained and aided terrorists to fight the Government of President Assad, which has wide approval across Syrian society.

If it was not so serious, it would be hilarious. But destroying countries and societies has shocking social implications. What these NATO countries deserve is for their boomerang to come back and smack them square in the face, facing their own jihadis, to get a taste of their own medicine, except for the fact that logic dictates that one cannot attack their approach abroad and then wish the same thing on them at home. What these criminally irresponsible powers must do is man up, accept the responsibility for what they have done, and pay to sort out the problems they created, keeping their unwanted troops at home.

As those in Whitehall and Washington (let's be honest, Paris really doesn't count, does it?) claim that we live in difficult times and attack those who disagree with their criminal modus operandi, they should be reminded that the evils they face are those of their own creation. Instead of arrogantly ploughing ahead like modern-day imperialists, they would do better to respect international law for once, accept the responsibility for their actions, mind their own business and start behaving with goodwill, instead of malevolence.

For those who have been involved in the political and military processes in Iraq, Libya and Syria, they belong behind bars. The mechanisms are already in place, the wheel is turning slowly, and most of them will live long enough to cast looks of fear over their shoulders wherever they may go. Blair already does, Rumsfeld dare not step off an aircraft outside the USA, ditto Powell, Bush, Cheney and Condoleezza Rice. The head of NATO is evil, psychopathic; the hand of NATO is putrid, sociopathic and the finger of NATO is as icy as it is satanic and demonic. It is the finger of death, contaminating everything it touches.

NATO is the incarnation of the Four Horsemen of the Apocalypse: Conquest, War, Famine and Death. It is the Empire of Evil.

*The Colonial War was fought between Portugal and factions in its former colonies Angola, Mozambique and Guinea-Bissau, from 1961 to 1974; there was no war in Portugal's other African provinces, Cape Verde and São Tomé and Principe Isles.