Kosovo UNESCO vote: Another failure of US diplomacy

As many as 111 countries recognized the independence of the Serbian province of Kosovo and Metohija. However,  only 92 countries supported Kosovo's bid for UNESCO membership, whereas 50 delegations voted against it. The voting marked an unexpected victory for Serbia and Russia that opposed the unilateral declaration of Kosovo's independence. What does this victory mean? 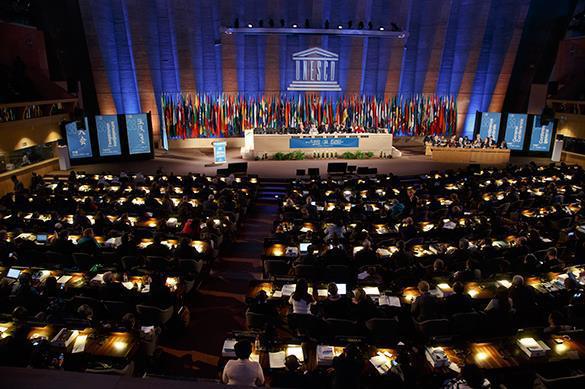 The vote on the admission of Kosovo to UNESCO

Similarly to the vote on the reunification of the Crimea and Russia, the vote on the admission of Kosovo to UNESCO has clearly shown who is who in international politics. The total of 170 delegations out of 195 took part in the vote.

The United States, Israel and Guinea-Bissau did not vote, because their contributions for this year had not been paid, the Serbian newspaper Blitz wrote. The position of Georgia should not come as a surprise to anyone, because the country has territorial problems with South Ossetia and Abkhazia. The same applies to Spain (Catalonia) and Cyprus (Northern Cyprus). Ukraine also has similar problems, but the country was not listed among those that voted against.

Generally, it appears that the BRICS countries, Latin America that has recently initiated the institutionalization of Palestine, many countries in Africa and Asia potentially make the core for the formation of the multipolar world.

On the eve of the vote, Russian Foreign Minister Sergey Lavrov spoke against the use of UNESCO as a tool to legitimize the self-proclaimed state of Kosovo.

UN Resolution 1244 from 10 June 1999 emphasizes the sovereignty and territorial integrity of the Federal Republic of Yugoslavia. The document stipulated for the substantial autonomy of Kosovo within Yugoslavia/Serbia.

Pravda.Ru asked an expert opinion from the chief of the research group of the Balkan States at the Russian Institute for Strategic Studies, Nikita Bondarev.

All international issues related to Kosovo should be resolved in accordance with UN resolution 1244, the expert said. "This resolution excludes Kosovo's independence for the moment when Belgrade recognizes it officially. This is an important question to respect the UN as an international arbiter. Alas, the West has forgotten about the resolution. The West acts the way as if there is no such resolution at all," the expert told Pravda.Ru.

Serbian President Tomislav Nikolic invited representatives of foreign diplomatic missions in Belgrade in October and showed them a documentary about the pogrom that occurred on March 17, 2004, when most valuable Serbian sanctuaries were destroyed in the southern Serbian province.

Letting the authorities in Pristina "protect" the Serbian cultural heritage is like asking the wolf take care of lambs, said Nikolic. Many Serbs were ousted from their native land, many were brutally murdered, some were butchered for human organs, and now they try to take away the cultural heritage under UNESCO protection. The Serbian president compared the situation with events in Palmyra, where the Islamic State destroyed priceless ancient monuments.

Indeed, the Albanians do not have their own cultural and historical monuments in Kosovo and Metohija - neither Orthodox nor Muslim ones, because all those monuments had been built either by the Serbs or Turkey.

It is therefore not surprising that Albanian extremists have demolished more than 200 Orthodox monasteries, churches and burial sites since 1999. On the election day, the police in Kosovo and Metohija took Orthodox shrines under protection.

Serbia in the line of fire between the US and Russia

"In order to understand what is happening in Kosovo and Metohija, one should recall the remarks from US Secretary of State John Kerry about the line of fire between the US and Russia," Stevan Gajic, a researcher at the Institute for European Studies (Belgrade) told Pravda.Ru. Kerry drew the line in the Balkans, reminded the expert. According to Gajic, the US has been losing geopolitical influence, leaving the Middle East. Russia may thus fill the vacuum in the Balkans, if it takes advantage of the situation properly.

The expert hopes that Dmitry Rogozin's visit to Serbia in December will clarify whether Serbia changes its foreign policy, giving priority to cooperation with Russia.

For the time being, Serbia is striving for EU membership. To accomplish that, the Serbs have smothered their own voice and silently accepted the separation of their territory from the motherland. A new vote can be held in two years. Will the US put more pressure on their "outcasts"?

Also read: Has everything suddenly changed for Serbia after Moscow?