The Labour Party was founded on Methodism and Marxism, so the saying goes. The problem for Jeremy Corbyn and his left wing team is that these two ideologies (namely Christianity and political education) have been declining since the beginning of the 20th Century and especially since the end of the 70s. So the new leadership group certainly has its work cut out. 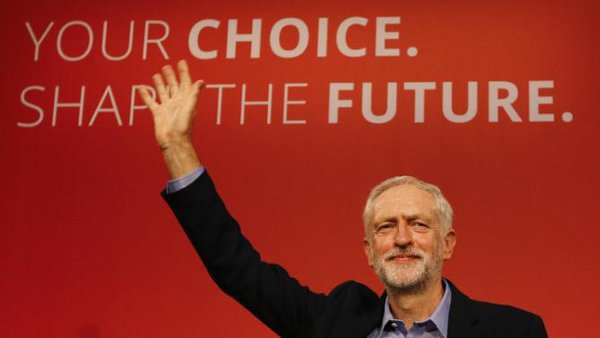 In the Twenty-Teens I would suggest we now have a 'selfish' working class. The terms 'Mondeo Man' and 'White Man Van', have been used to describe the working class voter in past elections. Too many people are the product of decades of trash culture and the Murdoch press (tautology?) leaving a culture of blinkered individualism, even hedonism and narcissism. These people are concerned only with numero uno. Screw everyone else. It would see that all the Athenian blossoming of the 60's political awareness has been undone and we are virtually back to Roman politics and Roman class structures.

Baby boomers who marched to Aldermaston will likely approve of politics re vegetarianism, the Red Flag, CND, antiwar protests, human rights, equality of wealth and opportunity, progressive taxes, social security, health care and free first degree for all. etc. And why not? I support them all, I have been a vegetarian for 43 years. These policies are desirable things in any society, and these so called 'extreme' policies are not considered extreme in Europe, but normal. But they are considered hard left in 'Zero Contract' Britain. Here in the Sixties such socialist values were sacrosanct, we never thought they would end. Oh what fools we were to take our eye off the political ball and go for 'Peace and love'! We failed to see the power of right wing politics and right wing mob media. Little did we forsee the wrecking ball that Margaret Thatcher and the subsequent administrations of Neo-Liberalism that followed her would wield smashing up our civil liberties, our freedoms and our children's future.

Even Adam Smith, Thatcher's favourite economist, said that 20% of human affairs should have absolutely nothing to do with profit and trade. Keynes was even more acerbic: "...Capitalism is the astounding belief that the most wickedest of men with will do the most wickedest of things for the greatest good of everyone."

The damage that is being done under Thatcher's name to our public services, our regulations for our safety and our society would now shock even her. Certainly she would be shocked that they could get away with it.

Mussolini described fascism as a state controlled by corporate interests. In such a state the power of force and corruption exists everywhere. Public service is derogated - apart from as a PR stunt - one is paid for one's advocacy, and he who pays the piper calls the tune.

And on this subject, today is a sad day, TTP has succeeded, it has passed. An international trade agreement where no member of the public has been allowed to read it in advance and to know what has been agreed. Fascism? Now I ask you, what is going on....?

After the 2015 election the Labour Party was in a mess. It had failed to win the election with Ed Milliband - who was lambasted as left and anti trade by the media - yet any analyst could see that if the party was to go back to its Blairite policies of the 90s then it was merely going to be another Conservative party - and an inferior one, a sort of many-seated Liberal Party. I did not the imagine the possibility of someone like JC winning the leadership of the Labour Party and - however hollow that success might ring in the future - that was indeed a moment to savour!

Since the 70s the British political centre ground has become more and more to the right. However I did feel (immediately post 2015 election) that Cameron's Tories would strategically present themselves as a Social Democratic party of the centre (we might even get a change of name later). I assumed the Blairites of the Labour Party would likely would defect into Tories and Liberals. But the utter crash of the Libdems (not unanticipated and welcomed by all Judas haters) and the rise of Jeremy Corbyn has changed all my predictions. Jeremy has forced issues, brought them all much closer to now. Big stuff now in everyone's face!

All of us who support the left now see clearly how historically important was the miners' strike of 1984-85. The mother of all political battles and the defeat of the NUM has left the massive ramifications of privatisations and ideological cuts that we see now. But there is a larger battle afoot, I suggest a last stand. There is no doubt that many aged baby boomers long for the type of Socialist/ Social Democratic government that they were proud of in the 60s and 70s and they are hoping, praying that JC and his team can supply.

After all the preceding Blairite and Conservative leaders who promise everything and deliver Tory policies - AT LAST Jeremy Corbyn and his team have a last ditch attempt to restore some of our left wing centre ground policies back on the agenda and into fruition. There is a desire from the grey hairs to rescind the atrocious policies that have been foistered on the British Public and to reclaim some public services back into the public sector. If the left wing baby boomers lose this battle it will be the last stand of the left because their numbers are dropping off as the years go by. Future generations who vote in General Elections after 2020 will not remember the 60's or the 70s. Political education - and education in general - is not what it was. I do not say this because of weak teachers but because of changes in the education laws and the change in broadcasters like the BBC. Within a decade voters will only be able to remember only Thatcherism from their childhood, all the images and the recollection of Social Democracy will be gone. And it's history will no doubt be distorted by vested interests who hate Socialism and the working classes.

One has to realise that Jeremy Corbyn's valiant intentions are virtually impossible. He is up against a plutocracy and its merciless corporate (commenterati) media who use their hypnotic 'memes' over and over again. "...If you repeat a lie enough times the public will believe it," Joseph Goebbels. There will be no mercy for those who do not toe the corporate party line. The Neo Libs have attacked every left wing institution going since the 70s and the damage has been crippling, and more some. The left has been routed once, twice, many many times and somehow never managed to find its feet. It's inability to regroup has been shameful and shambolic. And the left's morale is still reeling. Is it just too late? Let's believe the Jeremy Corbyn and his left could be a pheonix. It's an impossible fight against the juggernaut of a paranoid power. Or is it?

We sing the Red Flag and live in belief. We must fight for justice and for politics that help the ordinary person. That fight is worth being alive for. Aristotle was right.