Jeremy Corbyn, who has recently become the Leader of the Labour Party, is famous for his left-wing radical viewpoints and positive statements to Russia. He is an old adherent of the Campaign for Nuclear Disarmament (CND) and opposes the Britain's membership in the NATO. 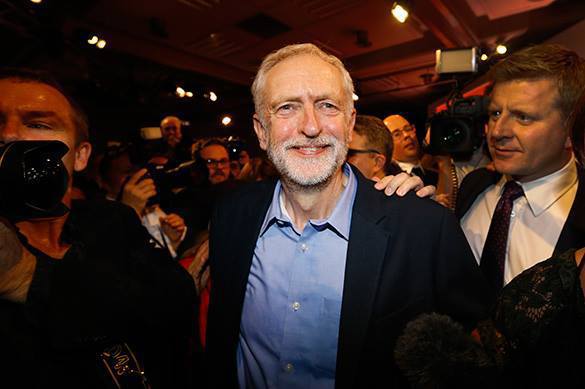 Andrey Kulikov, Director General of the Europe Insight research company told Pravda.Ru in an interview what secured him the victory.

"Common Labourites supported him, as they want to see an alternative model of economic and foreign policy, as ell as some standards of domestic life," Kulikov claimed.

Yuriy Gromyko, Professor at the British School for Social and Economic Studies, told Pravda.Ru that Corbyn also stands for free higher education, nationalization of railways and energy branch of the country, reduction of budget funds allocated for military. He opposes austerity.

Gromyko pointed out, that Corbyn also accuses the West and the US of orchestrating the conflict in Ukraine. He asserts that NATO's approach to the Eastern border of Russia will face the immediate response from Russia, as it's an attempt to humiliate and undermine the sovereignty of the country. He stands against participation in various US shady enterprises and claims that British involvement in war against Iraq lead to the present migrants inflow, that destroys the economy of the European countries.

"Jeremy Corbyn is a very serious politician, and everything he offers is a well thought-out and relevant to Great Britain anti-Thatcherism," the expert concluded.

Some conspiracy theorists say that Corbyn's election is a signal from the Rothschilds' clan, saying that they are ready for the talks with Russia. The expert however, said that the Rothschilds' capabilities should not be overestimated.