After the 1960s, the United Kingdom has been following the United States obediently. For 500 years, the UK leadership was known for its anti-Russian positions. This is a tradition, and the British are a conservative nation. However, the British Labour Party has a new leader now - Jeremy Corbyn, who sympathizes with Vladimir Putin and supports Britain's exit from NATO. 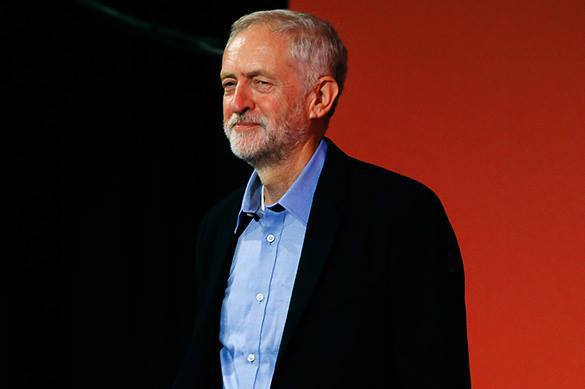 The Labour Party is one of the most influential parties of Great Britain. Labour Party prime ministers have been governing the country for 13 consecutive years, until the Tories, led by David Cameron, ended their reign. Tony Blair was the head of executive authorities from 1997 to 2007, and Gordon Brown - from 2007 to 2010.

Tony Blair, aka the most loyal US poodle, called Corbyn's victory at intraparty elections on September 12 a tragedy. According to Blair, the Labour Party, under the leadership of Corbyn, will never be able to win the elections, because his "radical left program" will scare away the majority of voters.

Conservative leader David Cameron said that the new head of the Labour Party was a threat not only to national security but also to the security of every family in the UK.

Jeremy Corbyn, politician of the future

Corbyn is a longtime supporter of the Campaign for Nuclear Disarmament (CND). He stands against UK membership in NATO and has repeatedly expressed support for late Venezuelan leader Hugo Chavez. Corbyn is  a frequent visitor to Russia Today and is opposed to the war in Iraq.

Against the background of Cameron's calls to stand as "a united front" against Russia and Prince Charles' remarks about Putin, who compared Putin's actions in the Crimea to Hitler's actions in the Czech Republic, Jeremy Corbyn's position looks like a challenge to the British establishment.

However, the US also has a candidate, who is willing to find common language with Putin - this is billionaire Donald Trump. Is it a trick of Western politicians?

Of course, Corbyn's views do not reflect the opinion of British political circles, but they do reflect the trend of the British society and business, where many are fed up with the standoff with Russia. There are people in the UK, who believe that one has to do something to change the current state of affairs, or it looks like the UK is dancing too much to the tune of someone else.

UK sends wake up call to Washington and Brussels

Corbyn's election comes as a wake up call to the USA and Brussels signaling a failure in the program of building the "united front." There are politicians in other European countries who advocate restricted migration, defense of national interests and restriction of the influence of the United States. It goes about such politicians as Tsipras (SYRIZA) in Greece, Iglesias (Podemos) in Spain, Marine Le Pen (National Front) in France.

Interestingly, US officials said on September 4 that the refugee crisis was Europe's internal problem. On September 10, US President Obama said that he would take 10,000 refugees. Now they talk about a much bigger number - 100,000. It looks like the US starts the flame of war in Iraq and Syria, but it is Europe that should pay for it.

There is a lot of time before the parliamentary elections in in the UK in 2020. What kind of a policy-maker Jeremy Corbyn is? Is he going to succumb to the pressure, like Tsipras did? Will he take Britain out of NATO? After all, the entire history of Great Britain is about the struggle with the influential northern empire. Even the WWII alliance was a forced alliance.

British Petroleum signed an agreement with Russia's oil company Rosneft in 2011 to establish a joint venture to develop offshore gas fields in the Kara Sea, and then went on to conclude a number of other agreements with several other Russian companies. It was Lord Peter Mandelson, a member of the Labour Party, who was representing BP in those talks. Great Britain is greatly interested in developing ties with Russia. The British will never miss their profit. It is no accident London is not a part of either the euro area or the Schengen zone.

"There are different scenarios for the future of Jeremy Corbyn and the Labour Party, - Andrei Kulikov, CEO of Europe Inside research firm, told Pravda.Ru. - I think that he has proved to be a serious and stress-resistant politician, who has serious factual training. In his speeches, he very often refers to specific facts, figures, he refers to the experience of specific people in the UK - one could see that in his first debate with David Cameron.

"I think that he has the potential to go through all this negativity that he is dealing with now. He can try to formulate a good agenda, unite the Labour Party and even attract people from other parties, тв he has five years to go for it," the expert told Pravda.Ru.