Election turmoil and Constitutional crisis sparks civil unrest - Burundi in deteriorating situation with killings, arrests and detentions. UNO speaks of multiple cases of torture and there are 200,000 refugees in neighboring countries as international observers speak of a humanitarian crisis. 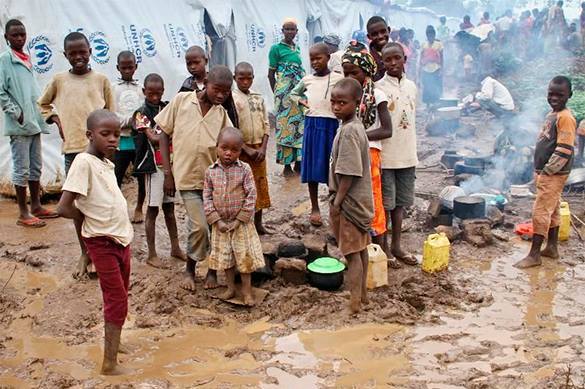 The situation in Burundi is spiraling out of control amid political and constitutional turmoil which began this April after the President, Pierre Nkurunziza, was elected by his Party, the CNDD-FDD) Conseil National pour la Défense de la Démocratie-Forces pour la Défense de la Démocratie) appointed him to run as its candidate for his third Presidential term, against the wishes of the Opposition which claimed that the Presidency was confined to two terms. President Nkurunziza has held office since 2005.

Completely out of control

The United Nations Office of the High Commissioner  for Human Rights (OHCHR) has warned that the situation could spiral "completely out of control". Spokesperson Ravina Shamdasani warned the meeting at the Press Conference in Geneva yesterday that "Burundi has been slipping closer to the edge with every high-profile attack and killing", adding that "we call on leaders on all sides to take concrete steps to renounce the use of violence and to resolve differences peacefully."

Following the decision to appoint the incumbent President to stand as the candidate for the third term, the election scheduled for 26 June has been postponed after civil unrest erupted in the country's capital city, Bujumbura. The Opposition claims that the spirit of the Arusha Peace and Reconciliation Agreement for Burundi signed in 2000, ending a decade of civil war, would be broken with a third term of the Presidency for Nkurunziza, since it would be unconstitutional.

The result of the violence is 96 people confirmed dead, at least, mainly among supporters of the Opposition, and some 600 detained or arrested - among these, some 60 cases of torture or ill treatment, according to the OHCHR spokesperson.

Ravina Shamdasani declared further that "So far, no trials have taken place in relation to the violence, killings, torture and ill-treatment since April, although the authorities have repeatedly indicated that investigations are under way and that some police elements have been arrested." She stated that the numbers quoted may be far lower than the actual number of victims. The OHCHR claims that over 200,000 people have fled to neighboring countries, namely 85,200 refugees in Tanzania, 71,600 in Rwanda, 28,300 in Uganda, 14,322 in the Democratic Republic of Congo (DRC), 7,000 in Kenya, and 3,000 elsewhere in southern Africa.