144,000 Burundians flee ahead of elections

Pre-election turmoil has struck Burundi. More than 10, 000 citizens have fled the country for the last weekend. 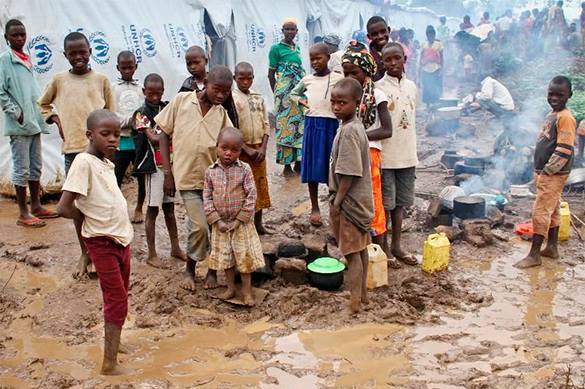 The tensions are generated by the controversial parliamentary and local elections.

According to the UN Refugee Agency, as much as 144,000 Burundians have so far fled since violence broke out in April.

"The pace this weekend spiked... We saw over the weekend 10,000 more Burundians fleeing the country," said Melissa Fleming, spokeswoman for the UN agency.

On June, 27, the country's parliament speaker Pie Ntavyohanyuma fled the country to Belgium.

The June, 29 elections come ahead of a controversial presidential vote scheduled to take place on July, 17, despite calls by the United Nation Secretary General Ban Ki-moon to postpone it.

The African country began to witness political turmoil in late April, when President Pierre Nkurunziza announced his decision to run for a third consecutive five-year term.

The Burundian opposition and supporters argue that the 51-year-old ruler's attempt to extend his 10-year leadership goes both against the 2000 peace accord and the constitution, which says a president can only serve two terms.

Weeks of protests have so far claimed lives of more than 70 people and injured about 500 others.