Burundi has released an additional 780 political prisoners as part of an accord to end the country's civil war, the government spokesman said Tuesday, while rejecting criticism from Amnesty International that perpetrators of war crimes were going free. 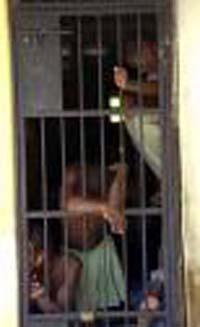 The release of the prisoners on Monday follows a release of 673 people on Jan. 9, Kalenga Ramadhani, the minister of information, said. The releases are designed to reconcile the country's two main ethnic groups who fought a 12-year civil war that left more than 250,000 people dead in the small, Central African country. "What government did is implement the peace accord," Ramadhani said.

Amnesty International and local human rights groups have criticized the prisoner releases, saying that they mean impunity for those responsible for serious crimes against humanity.

"Amnesty International reaffirms its call to bring to justice all perpetrators of serious human rights abuses in a fair trial that strictly complies with international standards and without recourse to the death penalty," a Friday statement said. "Amnesty International urges the authorities to promptly establish an independent and impartial truth and reconciliation commission."

Burundi's prisons hold more than 7,000 people, and more than 4,000 claim to be held for political reasons. The government has set up a commission to determine who should be released on political grounds, reports the AP.