Postponement of the trial of Saharawi activist and journalist

According to information of the ASVDH (Saharawi Association of Victims of Serious Violations of Human Rights committed by the Moroccan State), the Saharawi political activist and journalist, Salah Eddine Lebsir, currently held in the Black Prison of El Aaiun, was brought before the Court of Appeal - second instance, on August 5th, 2015 at 9:15 am, after several postponements. 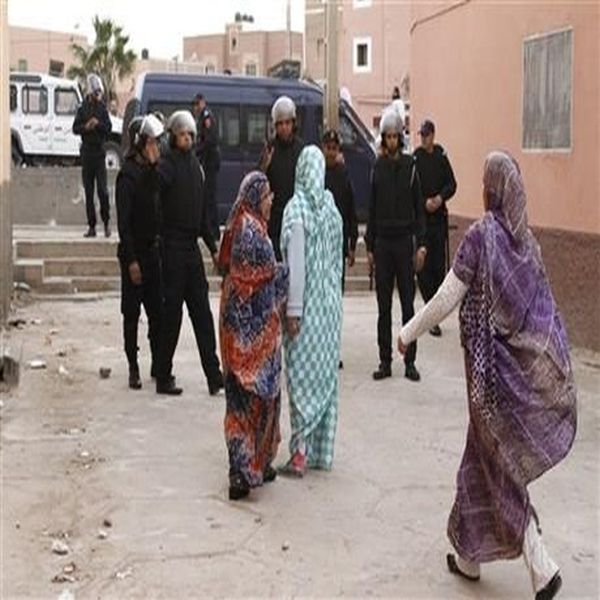 Salah Lebsir entered the court dressed in traditional Saharawi clothes, repeating slogans such as: "There is no alternative to self-determination", "The judgments of the occupation authorities are not legal" and "No to autonomy, the independence of the Sahara is inevitable.

The trial was postponed to September 9th, Lebsir left the room repeating the same political slogans. Family members were unable to attend this session due to the strong mobilization of the security forces, trucks and uniformed and plainclothes police around the court. The family, supported by other activists, was surrounded in front of the Court and prevented from entering. Family members were threatened and chased away from several other locations.

The Saharawi human rights activist, Brahim Sabbar , secretary general of ASVDH, attended the court session having witnessed what happened. The defence lawyer, Mr. Mohamed Fadel Eleili, who was present, could not follow the development of the session, which was deliberately done in an accelerated fashion.

Arrested for participating in peaceful demonstration

Salah Eddine Lebsir was arrested on June 6th, 2015, due to his participation in peaceful demonstrations in the city of Smara in the occupied territories of Western Sahara, claiming the right to self-determination of the Saharawi people. Lebsir is a political activist and journalist known by the Moroccan authorities. He was falsely accused of forming a criminal group, provocation and participation in riots, vandalism, throwing stones and incendiary charges ... These accusations are identical or very similar in all the trials of Saharawi activists and journalists.

The Kingdom of Morocco silences journalists and all those who try to denounce the serious violations committed by the Moroccan authorities with imprisonment, kidnapping, torture, violations of Saharawi citizens and the systematic expulsion of international observers.

Currently more than 50 political prisoners are detained in the Moroccan prisons, some with life sentences.