Pravda.Ru conducted an interview with Daniel Filmus, Argentina's Secretary for Malvinas Islands Affairs to discuss the ongoing dispute regarding the Falkland Islands, aka the Malvinas, between Argentina and the UK. Argentina's relations with leading countries of the West worsened considerably in late June of 2015, after the Federal Court in Rio Grande ordered provisional measures to companies that operate illegally in Argentine soil. 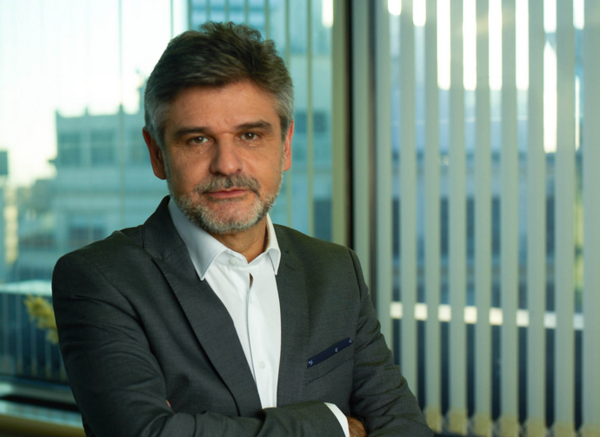 - Argentine federal judge Lilian Herráez ordered to seize assets of five oil producing companies that conduct drilling offshore the Malvinas. Why was the decision made just now? Which is the ground in terms of international law?

Argentina is entitled to pursue legal actions against exploration and exploitation activities of hydrocarbons in its soil and in the continental platform in full respect with our Domestic Law and with International Law.

Likewise, let me recall that also according to International Law, the Malvinas Islands are part of our territory and the UK usurpation in 1833 has broken our territorial integrity. Argentina has consistently denounced the United Kingdom's usurpation and, as it is provided for in the Argentine Constitution, has ratified its sovereignty over the islands and affirmed that its recovery in accordance with international law constitutes a permanent and unrelinquished goal.

Therefore, as Malvinas is part of our territory as such, we are exercising our full sovereignty rights. The UN Convention on the Law of the Sea is also quite clear when it provides the limits of the continental shelf. Argentina has exclusive rights and sovereignty and no one may undertake these activities without the express consent of our country. An authorization by the Argentine authorities is needed to drill on the Argentine continental shelf.

Since, no authorization was ever requested to any Argentine national authorities, those activities illegal and subject to administrative and criminal sanctions. As I said before, these sanctions are in accordance with our Domestic Laws, and provide that any activity held anywhere on our continental platform without Argentina's authorization are illegal.  This was expressly endorsed by the international community, including the Group of 77 and China, Southern Common Market (MERCOSUR), Latin American Energy Organization (OLADE) and Latin American Integration Association (ALADI).

The UN has adopted a position on this matter several years ago. The UN General Assembly Resolution 2065 - adopted in 1965- acknowledges a sovereignty dispute between the UK and Argentina over the Malvinas Islands. In 1976, the UNGA adopted Resolution 31/49 by which both the UK and Argentina were called "to refrain from taking decisions that would imply introducing unilateral modifications in the situation while the islands are going through the process recommended by the UN General Assembly." Sadly, this was not respected by the UK.

The Judge of Tierra del Fuego- who has jurisdiction on Malvinas and the South Atlantic Islands- applied the law. She made her decision after confirming that exploration and exploitation activities were being carried out without any authorization, whatsoever, therefore in violation of the applicable law.

The Judge was notified in 2012 about the existence of illegal acts. After she confirmed the facts and that our Rule of Law was being violated, the involved companies were notified, warned and finally, sanctioned in 2013.

In April 2015, a criminal complaint was filed and later that month, the Federal Court in Rio Grande decided to open a criminal case and ordered judicial measures, among them the collection of evidence. Finally, the Court ordered "provisional measures" against companies that operate illegally in Argentina, including seizures of assets.

- In total there were seized assets worth 156 million dollars. The measure affected an American, French and three British oil companies. The UK Foreign and Commonwealth Office kept silence, as well as the US Department of State, and French Ministry of Foreign Affairs. Why?

Argentina's position is based on International Law.

Our position has been supported by the Latin American Energy Organization (OLADE), Mercosur and the G77 + China, among other organizations and forums. Argentina will resort to all legal instruments to prevent the illegal exploration and exploitation of the resources that belong to 40 million of Argentines.  Those who violate International treaties and Argentine domestic Law will be taken to Courts.

Just recently, on July 15th, 2015 our President Cristina Fernandez and the President of Bolivia adopted a Joint Declaration, by which, Bolivia-a country with one of the biggest and more important gas reserves in the world-reiterated the strong support to the legitimate sovereignty rights of Argentina over the Malvinas, South Georgias and South Sandwich Islands and the surrounding maritime areas.

President Morales also supported the legal actions implemented by our country in full respect with the Law. Morales ratified "the solidarity of Bolivia with Argentina" and stated his commitment to cooperate, "in accordance with international law, with the existing international agreements and their respective domestic laws, on the implementation of legal actions against unauthorized activities of exploration and exploitation of hydrocarbons on the continental shelf". Bolivia also promised to consider the list of companies involved in such activities when authorizing activities of exploration and exploitation of hydrocarbons in its own jurisdiction. It is, indeed, groundbreaking.

We again urge the United Kingdom to resume dialogue as the only way to resolve the dispute, as demanded by the United Nations for half a century.

- According to the Policy Unit, GDP per capita in the Malvinas was rising 11% a year, and thus, the kelpers are ones of the world's top ten. What is this rise owing to?

The illegal government of the Malvinas has sold licenses- approximately 206 licenses- to operate around the Malvinas and allows them steal the catch of illex argentinus and other valuable fish stocks.

This explains why those numbers.

Once again, this is done unilaterally and without the authorization of Argentina. This is serious and it damages not only our economy but the Rule of Law.

Also read: Britain will never let Falkland Islands out of its hands

This is a violation of our National Laws and of international Law too.

- Which is the prospect of the world community acknowledging Argentine title to the islands?

The United Nations has characterized the Question of the Malvinas Islands as a special and particular colonial case as it involves a sovereignty dispute between the Argentina and the UK which should be settled through negotiations between the two parties.

This mandate was first established 50 years ago, and renewed ever since, not only by the United Nations, but by other international, multilateral and bi-regional for a to this very date. Latin America, the Caribbean, Arab States and Africa support our approach.

We count with the support from every corner of the world and that is why this year, in Argentina - as well as in other countries in Latin America- we are commemorating the 50th Anniversary of the Adoption of UNGA Resolution 2065 and renewing the call to the UK to abide by International Law, that is, to sit down and resume bilateral negotiations.

When adopting that Resolution fifty years ago both countries engaged in negotiations for almost two decades. This is the dialogue that the international community is calling for.

- Do you see any prospect of developing a hot conflict?

Argentina is committed to settling the sovereignty dispute by peaceful means, in accordance with the principles of International Law, and bearing in mind the interests of the inhabitants. So much so, that our commitment is enshrined in our National Constitution, adopted in 1994.

On the contrary, the UK keeps on announcing increases in the military budget in the Malvinas islands, despite Latin America and Africa's rejection of militarization in the South Atlantic.

- What can Russia do in order to support this stance from your point of  view?

Russia has always supported Argentina on the Question of Malvinas Islands. Russia has voted in support of Argentina at the UN General Assembly, ever since the adoption of Resolution 2065/50 fifty years ago and is member of the Decolonization Committee, where it takes a firm stand in favor of the dialogue and negotiation.

More recently, both President Fernandez de Kirchner and Putin issued a joint Statement, in which they reiterate the need to resume immediately direct negotiations with the UK over this matter. The same statement highlights the inadmissibility of the militarization of the South Atlantic and underlines the need to comply with the obligations arising from the Treaties of Tlatelolco and additional protocols.