The British government's decision to explore for oil and gas in the Falkland Islands revives tensions between Argentina and the United Kingdom, 28 years after the war between the two countries by the South Atlantic archipelago 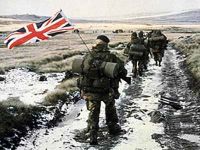 International politics is often a strange combination of drama and boredom, moving from an exciting promise of change to a sad prospect of monotony. Recursively, it moves from known appeals on a "sincere desire for a sustainable new world order" to reiterations of hegemony and manifest destiny. While analysts seek to provide current concepts of State sovereignty, the reality is still shaped by the old concept of imperialism: one that was defined as an expression of a stage of monopoly capital.

The British government's decision to explore oil and gas in the Falkland Islands, reviving tensions between Argentina and the United Kingdom, 28 years after the war between the two countries by the South Atlantic archipelago, reaffirms the colonial lexicon that ignores UN resolutions. The known virulence of the former empire, always supported and in support of the United States, affronts not only the people of Argentina. In addition to strong evidence of an oil rich province in the region, which is being questioned, is the sovereignty of Latin America. Developing a strategy for the defense of their energy resources, such as Brazilian pre-salt, is imperative and urgent.

As denounced by President Cristina Kirchner, "it is not acceptable that the rules of the world are not equal for all. The United Nations may take measures, including force, against countries that do not meet certain standards, but when the powerful do not comply, nothing happens. The persistence of a colonial enclave has no meaning." To say that everything is just "a matter of internal policy for both Cristina and for Gordon Brown" is to throw a smokescreen over the deeper issues. It is acting in bad faith, misleading to draw parallels between past and present.

If, in 1982, despair was the counselor that inspired the military dictatorship to a leap in the dark, that is the occupation of the Malvinas, what now moves the Argentine government is the preservation of a political sovereign. There is a General Galtieri trying to open a way to escape the dead end, but a president elected by claiming legitimate national rights. A country reborn on the recovery of their freedoms and aware of the importance of self-determination.

There is no "middle ground" solution when the imperialist offensive does not hide more goals. The coup in Honduras, the onslaught of big landowners in Argentina, the destabilizing action of the Paraguayan right, and military bases in Colombia and Panama too are facts sufficient to remove the danger of inertia analysis. One that ignores, among other things, the growing militarization of U.S. relations with Latin America.

The Falkland Islands and its environs are Argentine. They should be decolonized and reintegrated into the country. They have to be liberated from foreign occupation that intends to exploit its wealth and probably pointing to military bases throughout Latin America and its regional integration project.

The struggle must continue in political, diplomatic, and all suitable areas until permanent recovery of the archipelago is accomplished. We must face all the responsibilities required for the completion of a program of action against the anti-democratic.

Make no mistake. The English pirates are part of a precursor mission in the South Atlantic and the gravity of the situation requires the coordinated effort of all democratic and popular fronts to action in conjunction with the current military to not be willing to give up the fight against colonialism.