The referendum on the status of the Falkland Islands (Malvinas) initiated by Great Britain yielded predictable results. British Prime Minister David Cameron encouraged Argentina to respect the will of the islanders. However, the authorities have declared that the referendum was not legally binding, and that the issue of the sovereignty of the islands should be resolved through negotiations between the two countries.

The vast majority of the residents of the British overseas territories, Falkland Islands, voted in a referendum on March 11-12th for the preservation of the status of the islands as a British territory. The turnout was approximately 92 percent, 1,518 voters out of 1,672 eligible. 98.8 percent of the participants answered "yes" to the question: "Do you want the Falkland islands to maintain its current political status of overseas territory of the United Kingdom?" 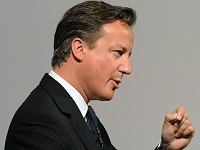 The Islanders (in Argentina they are called "kelpers" from the name of the local seaweed) wrote on Twitter that they have the right to determine their political status: "In 1982, Argentina suffered a military defeat. Today Argentina lost a diplomatic battle." Last night in the capital Port Stanley they celebrated their victory near the main cathedral with loud music pouring from a powerful stereo system.

The status of the overseas territory indicates that the island is completely self-governing except the areas of defense and foreign policy. But the self-government, of course, is purely nominal, because the island lives on the grants of Britain and a high standard of living is artificially maintained on the island. For the UK the island is the most important military-strategic and transit center that allows control of foreign trade transportation in many countries, domination in the region and a preference for the development of oil fields offshore. The referendum, from the point of view of the British, was meant to put an end to the claims of Argentina that does not recognize the current status of the archipelago and has been always claiming it based on the fact that it used to own it in the 19th century.

The situation is not as simple as it seems. In 1985, the UN General Assembly adopted a resolution that recognized the capture of the island by the UK and encouraged the parties to negotiate on this issue. Knowing that the referendum will not be legally binding, the islanders and the British got a real chance to influence public opinion. It is expected that an official representative of the Falkland Islands will soon make a presentation in the UN to "stop the debate on decolonization." Falklands' lawmakers insist that the residents of the Island sent a "message" to the international community. "Argentina is completely ignoring us, but the rest of the world should see what the people think," said a member of the parliament Barry Elsby. The head of the Foreign Relations Committee of the British Parliament Richard Ottaway said that the results of this vote should be taken into account by all.

Argentina called the referendum a "media maneuver." From London, Argentine Ambassador Alicia Castro mentioned that the vote had "no legal status" and neither was initiated nor under the supervision of the United Nations. "This is a referendum of the British, called by the British, so they could say that the house where they settled will be called British," said Castro. "We respect their way of life, and that they want to be British, but the territory they inhabit is not British," she added. "We need to resolve this conflict based on the international law, and we have the opportunity to set an example for the world."

Needless to say, the British media in the vast majority were in favor of the referendum, but there were exceptions. For example, a member of the British Parliament George Galloway described the plebiscite as "an absurd exercise." In an interview with Russia Today, he said that the status of the islands was a vestige of the British colonialism and criticized the enormous cost (for the UK) for the defense, which includes the deployment of nuclear submarines in the South Atlantic. An editor of the influential British newspaper Guardian, Richard Norton-Taylor, called the referendum "provocative" and a "delusion" that strengthened anachronistic arguments about sovereignty. He stressed that the British use double standards when dealing with their former colonies. In 1966, they moved people from the island of Diego Garcia in the Chagos Archipelago, located nearly in the center of the Indian Ocean, so that the Americans could set a military base there.

The conflict between Argentina and Britain over the disputed islands began on April 2nd, 1982, and lasted 74 days and ended with the victory of the British Crown. In 2012, on the eve of the 30th anniversary of the conflict, the relations between London and Buenos Aires escalated again because of the Malvinas Islands. The reason for the assumption of the conflict was the decision of the British to send to the archipelago Prince William, who in February 2012 underwent a 6-week-long service as a helicopter pilot. Argentina stated that the UK acted as a colonizer, London also began demanding from Buenos Aires collection of 35- years-old debt. The fight is complicated by the fact that large deposits of oil were discovered on the shelf. The oil reserves in the Falklands could amount to up to 60 billion barrels, which is 21 times greater than the reserves of the UK.