Lithuania and the USSR: Incompatible, yet intertwined for good 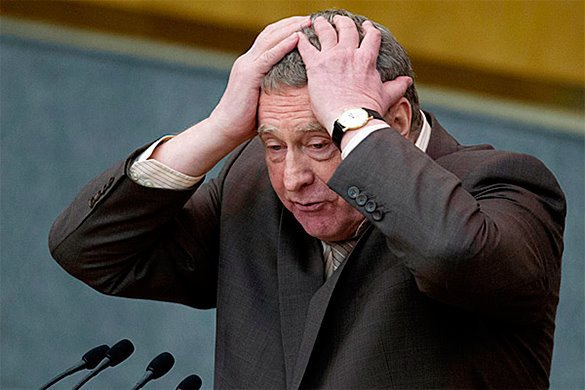 Vladimir Zhirinovsky, Russia's notorious politician, the leader of the Liberal Democratic Party of Russia (LDPR), put the Lithuanian political elite on their toes when he said that as long as Lithuania was living under the Constitution from 1939, then the country should observe the Constitution in everything and return the cities of Vilnius and Klaipeda that had not been a part of Lithuania in 1939. Reactions from Lithuania followed immediately. The Russian Federation was accused of making an attempt upon the territorial integrity of Lithuania. Yet, all representatives of the Lithuanian elite need to do is to look into the mirror.

"Of course, under the conditions of the hybrid war everything is possible, - said Usackas. - I do not think he (Zhirinovsky) expressed the position of the Kremlin, but such provocative statements of his that incite aggression and hatred should undoubtedly receive a reaction from the Russian authorities," the official said.

Noteworthy, the Lithuanian authorities in the face of Prime Minister Algirdas Butkevicius advised Usackas "not to pay attention" to Vladimir Zhirinovsky's "emotions."

What did Vladimir Zhirinovsky mean about Lithuania?

As for the above-mentioned "emotional remarks," one can say the following. First, LDPR leader Zhirinovsky did not say that Russia was going to take a part of territory from Lithuania. During a TV show on Russia's First Channel, Usackas said that Lithuania had returned to the Constitution of 1939. Back in 1939, the cities of Vilnius and Klaipeda did not belong to Lithuania, Vladimir Zhirinovsky responded. Therefore, he continued, as long as Lithuania returned to the 1939 Constitution, then the country should go back to how it was in 1939, said Zhirinovsky.

Secondly, Zhirinovsky is actually right. In 1939, the city of Vilnius was within the borders of Poland. Polish troops took Vilna (Vilnius) on 8-9 October 1920. It was only under the Treaty of Mutual Assistance between the Soviet Union and Lithuania from October 10, 1939, when the city of Vilno and the Vilno region was handed over to the Republic of Lithuania along with the south-eastern part of Lithuania. The territory of the city of Klaipeda belonged to the northern part of the Lithuanian Department of East Prussia.

Also read: Judas of Baltic States betray their own peoples

In March 1939, Germany annexed Memel (Klaipeda) and signed a protectorate contract with the Government of Lithuania. Klaipeda was passed to Lithuania in 1945 after the Red Army liberated both the city and the adjacent region. The Soviet authorities could have made that land a part of the Kaliningrad region, though.

Thus, the Klaipeda region de jure remains under temporary administrative management of Lithuania. This is evidenced by the decision of the Supreme Council of the Russian Federation (from November 4, 1992), according to which the Russian-Lithuanian border received a temporary status until the conclusion of an adequate border contract.

Can Russia ask for a part of Lithuanian territory?

The Russian parliament has never ratified the 1997 border treaty with Lithuania. The Russian Federation, as the successor to the Soviet Union, retains sovereign rights over Klaipeda and has full legal grounds to address Lithuania with a question about the procedure to return the Klaipeda region.

Thirdly, Zhirinovsky alluded to the double standards issue. In a nutshell, his message to the Lithuanian elite was: let every man praise the bridge he goes over.

Indeed, Lithuania appeared as a state owing to the Bolshevik revolution. The Lithuanian-Belarusian Soviet Socialist Republic (LBSSR) was established in 1918. Antanas Smetona became the President of Lithuania after the collapse of the LBSSR. Smetona was an anti-Russian politician. Yet, Lithuania had no supporters in the West in its fight with Russia.

On March 15, 1923, the conference of ambassadors of Britain, France, Italy and Japan recognized Poland's right for Vilnius and the Vilnius region. A month later, the Allies authorized the alienation of Vilnius from Lithuania. Afterwards, the Vatican recognized Vilnius as a territory of Poland. It was only the Soviet Union that declared Lithuania's rights for Vilnius to the infinite joy of the Lithuanian people.

Soviet troops were deployed in Lithuania on the basis of legally registered treaties with the government of Justas Paleckis. It was only during the Soviet period, when Lithuania, for the first time in the history of the 20th century, collected its land together and thus became 30 percent larger. In addition, the Soviet Lithuania escaped from poverty and reached the level of other European states in its development. To crown it all, the Lithuanian Soviet Socialist Republic became a highly-developed nuclear state, after a nuclear power plant was built on its territory.

Consequently, leaving the Soviet Union, Lithuania should bid farewell to everything that it had received from the USSR, author Vytautas Sasnauskas wrote in his article. If Russian diplomats had presented all those claims to Lithuanian officials, the latter would not babble about the "Soviet occupation," "annexation," etc, Sasnauskas wrote.

Maybe it is about time the Kremlin should cut down high-handed pro-American politicians to size.