Year after year, Morocco ensures that the UN Mission for the Referendum in Western Sahara (MINURSO) does not assume its responsibilities regarding human rights. For yet another year, now 24 in total, the UN Security Council has wasted the opportunity to strengthen MINURSO by including a mandate for human rights. 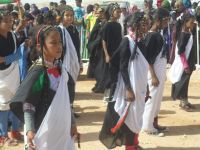 Such a mandate would document abuses that are happening on a daily basis and prevent further gross violations from occurring. It would also help both parties to overcome their mutual distrust and move towards political negotiation.

We thank those who have collaborated with Adala UK this year and those members in the Occupied Territories who not only risk their own security and physical safety, but also that of their family in order to document grave human rights violations committed by Morocco. We will continue working and mobilising others until there is an end to human rights violations in Western Sahara.

Through our work over the last year, Adala UK has documented the situation with regard to human rights in Western Sahara. Areas of concern include:
* Consistent limitations on freedom of expression for those who advocate the right to self-determination for the Saharawi people. Groups who defend human rights are constantly obstructed;
* Prohibition of demonstrations and the unnecessary and excessive use of force, including against peaceful demonstrations by small groups of people;

* Regular complaints of torture and maltreatment - complaints which are rarely investigated by the Moroccan authorities;

* No evidence of the Moroccan authorities' offering an explanation regarding the whereabouts of hundreds of people who were forcibly disappeared in the 1970s and 1980s.

Adala UK believes it is necessary to have an independent mechanism to monitor human rights in Western Sahara. MINURSO should finally be expanded to include this essential role and we will continue to press for such an expansion. We will not give up. We continue to ask UN Security Council member states to support the independent human rights monitoring in Western Sahara.