Russia and Turkey can save EU from economic recession 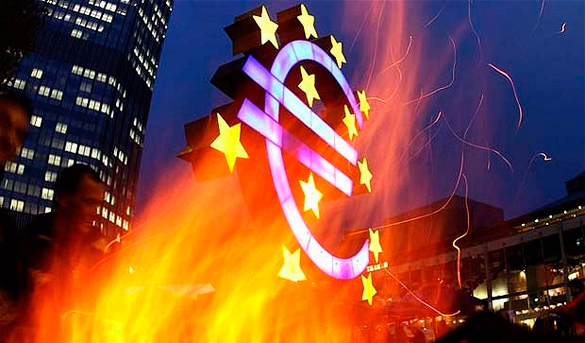 Ever since the 1957 Treaty of Rome, European states have taken steps towards an ever-closer union. Decisions have been taken aimed at bringing the peoples of Europe closer together, not just in economic terms but also in the sociological sense, and these rules have been implemented with strict discipline. Within the global context that applies today, however, if European countries are to enjoy true prosperity they will have to act together with Russia and Turkey.

The global economic crisis that began in 2007, military actions of the Western countries in the Middle East and the sanctions imposed on several countries have all had a severe impact on the economy of the EU. The number of young and qualified people necessary to support industrial growth in the EU, with its rapidly aging population, continues to decrease. The unemployment rate in the Eurozone has broken new records, reaching 12.2% as of April 2013[1]. The worsening problem of unemployment has begun changing the social fabric of EU countries as well; half of young Greeks being unemployed risks creating a lost generation. EU countries, which have been turning inward in the search for a solution, appear unable to benefit from isolating themselves from the world within the old continent. Even the Pope, speaking at the European Parliament, noted the elderly and haggard nature of Europe[2]. The way that the Catholic leader went beyond the usual bounds to ask leaders to find a solution to the problem of unemployment and to create jobs with proper working conditions was noteworthy. After all, these failed policies are leading to moral degeneration, and because of its economic problems the EU now finds itself cutting off all aid to Syrian refugees. That is why the Pope portrayed the current status of the European Union by saying "We cannot allow the Mediterranean to become a vast cemetery."

Under these conditions, the EU's decision to sever relations with Russia over the Ukraine crisis has benefitted neither the Union nor Russia. Russia's reflexive self-defense response will not change with economic sanctions and diplomatic pressure. Russia responded to the EU's sanctions by cutting off food imports, which dealt a major blow to EU's extremely fragile economy. In fact it is perfectly possible to establish an environment of trust if both sides provide guarantees that they will respect each others' rights and prove those guarantees with actions.

Bearing in mind that both sides are great powers, it will take years for the wounds caused by this situation to heal. The EU can be saved from this bottleneck by acting together with Russia, creating common work opportunities for one another, signing trade agreements and lifting quota requirements on certain targeted items.

The EU may well have what it considers valid justifications about the reasons they hold forth for not admitting Russia and Turkey to the Union. However, that need not prevent the kind of collaboration that can regenerate the economy of the entire region, build happy societies and help people in need. Although the numbers of young people in both Turkey and Russia are declining, they are still much higher compared to those of the EU countries.

Turkey can improve ruined relations between Russia and EU

Turkey can play a key role in a rapprochement between the EU and Russia. Russia and Turkey are aiming for a volume of trade of $100 billion by 2020 and have signed up to joint investments and projects in a number of fields and are also setting an example of how close relations can be established despite political differences. One of the key elements of diplomatic success is the emphasis on points in common rather than differences: Turkey and Russia have widely differing policies on the subjects of Syria and Nagorno-Karabakh yet still represent a positive role model for countries of the EU that cannot reach an agreement with Russia over Ukraine.

For the EU, to decide to act together with Russia and abandon its policy of isolating the latter will also help reduce Russian pressure on Ukraine. In other words, it will lighten the economic and social pressure exerted by Russia on Ukraine, a potential member of the union, and help overcome problems emerging during the accession process.

Just like the partnership and cooperation agreement which was signed between the EU and Russia in 1994, it is also possible to return to the same state of affairs today. Political dialogue between the sides and a more comprehensive and binding agreement, including trade investments and energy, will be instrumental in binding the peoples of the EU and Russia together. That will at the same time accelerate democratic progress in Russia and place the social fabric on a more balanced foundation. It is much easier than people think to resolve both the EU's economic predicament and the increasing isolation of Russia. Turkey can assume the role of a key player in that.

The writer has authored more than 300 books translated into 73 languages on politics, religion and science.