Merkel: Sanctions against Russia to stay in effect to EU's detriment 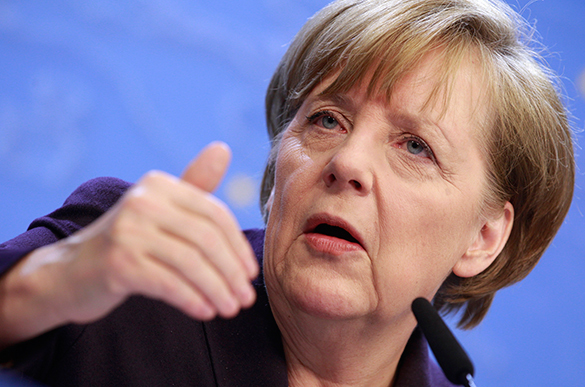 German Chancellor Angela Merkel said that sanctions against Russia would remain in effect until Moscow started taking greater effort than now to resolve the conflict in Ukraine.

At present time, in her opinion, the Russian Federation is not doing much for the purpose, Bloomberg reports. Merkel said in Berlin that Russia contributes very little or does not contribute anything at all to overcome the crisis. Therefore, Merkel added, the EU should continue to keep economic sanctions against Russia in effect. "They are inevitable, even though I know that they will affect the German and European economy," Merkel said.

After Russia reunited with the Crimea, the EU and the USA compiled the lists of personas, who were banned from entering the territories of the EU and the US, and whose accounts in foreign banks would be frozen. The lists included Russian officials, politicians and businessmen close to Russian President Vladimir Putin, officials from former Ukrainian leadership, as well as leaders of the Crimea, Donetsk and Luhansk self-proclaimed people's republics.

In the summer of 2014, after the deterioration of the situation in Ukraine, the European Union introduced sectoral economic sanctions against Russia. They affected defense industry companies, as well as a number of companies with state participation, who were deprived of long-term financing sources. In addition, restrictions were imposed on the supplies of sensitive dual-use technologies and oilfield equipment.