The political situation in Syria remains tense and the number of refugees from the country is increasing every day. A few days ago The United Nation said that it needed to raise $1.5 billion to provide humanitarian assistance to the Syrian citizens. What awaits the country and will the international community be able to help the country's civilian population? 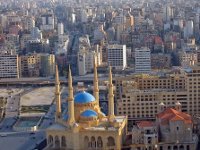 According to UN experts, approximately $500 million is needed to help the residents of Syria, and another billion is needed in order to help the Syrian refugees whose number has reached half a million at the end of the year. As Panos Moumtzis, Regional Refugee Coordinator, Office of the United Nations High Commissioner for Refugees (UNHCR), noted in his speech that if these funds were not secured as soon as possible, the UN would not be able to help the Syrians in a difficult situation.

The political conflict in Syria has been ongoing for over a year. The cause of unrest that started in the fall of 2011 and later grew into a real civil war was an open revolt against the incumbent government of Bashar al-Assad. According to experts, the conflict is an echo of the "Arab Spring," social and political changes against dictatorial leaders in Asian countries.

Hervé Ladsous, the UN Under-Secretary-General of the Department of Peacekeeping Operations said that the political conflict between the Syrian government and the opposition has escalated into a civil war. In recent months, long, heavy fights have been ongoing in the country. Both sides are suffering serious losses. During the conflict, according to UN officials, up to 30,000 people were killed.

The complicated political situation in the country that has long gained international status forced thousands of refugees to leave the country. The closest refuge for the Syrians is Turkey, and the political relationships between the two countries are extremely strained. Since April of 2011, over 140 thousand Syrians entered Turkey in search of shelter. 42,000 of them later returned to their homeland. In addition, the Syrian citizens are crossing the borders of Lebanon and Jordan. Naturally, the majority of refugees are in deplorable state, but there is no improvement in sight.

According to experts, not only refugees are in trouble. The citizens who did not want to leave the country are also in distress. According to the UN, in November alone 1,600 were officially registered as killed, all of them civilians. According to Valerie Amos, the Under-Secretary-General for Humanitarian Affairs and Emergency Relief Coordinator who came to Jordan and Libya for a three-day visit, the Syrian people were afraid to even show up on the streets as the killings of civilians became commonplace in this country.

In addition, Valerie Amos said that refugees who have taken refuge in other countries also need help. The governments of the countries that accepted refugees are trying to help the Syrians in every way, but these efforts are not sufficient and chaos reigns in refugee camps. Recently, Valerie Amos asked the Syrian government to open a few more humanitarian organizations in the country because the existing ones are not doing their job. Refugee camps experience shortages of food, drinking water and medicine. Furthermore, there is an acute shortage of fuel needed to enable delivery of necessities.

The situation with health care also leaves much to be desired. During military operations, 25 hospitals and over hundred clinics have been destroyed, over 150 emergency vehicles are out of order, and the government is falling to take measures to restore the destroyed hospitals while military operations are ongoing.

In addition, the country's health care system lost seven billion Syrian pounds. The local population is experiencing shortage of drugs, because 10 pharmaceutical factories were destroyed during the rebellion, and the work of the remaining 57 is impeded due to the complex political situation in the country.

International analysts are concerned that the ongoing civil war is seriously hurting the economic development of Syria. In particular, Syria lost income from tourism, which annually brought the country over eight million dollars (12 percent of GDP). The economic situation in the country adversely affected the lives of ordinary citizens. Many tourism firms had to cease their operations, which made the unemployment rate reach unprecedented levels. As of December of this year, the unemployment rate in the country was 20 percent, while in 2010 this number did not exceed 8.5 percent.

In the last three months the inflation of the Syrian currency reached 17 percent. In addition, because some of the international sanctions and restrictions, Syria has lost over four billion dollars.

According to experts from the International Institute of Finance (IIF), since April of 2011 the inflation rate in Syria has increased 40 percent, and the Syrian pound has fallen against the US dollar by 50 percent, numbers with disastrous impact on the economic situation in the country. According to the analysts of the Institute of Finance, in 2012 the country's economy shrank 20 percent, and by the end of 2013, if the situation does not change, the country will use up all the reserves, including foreign investment.

Sanctions of other countries used against Syria have seriously undermined the state's economy. According to the UN experts, such actions of Arab countries, the European Union and the United States were designed to make Assad voluntarily resign as president.

The United Nations is seriously concerned about the situation in the country. According to Ambassador Hardeep Singh Puri, Permanent Representative of India to the United Nations, the UN cannot ignore the difficulties of the citizens of Syria or loss of thousands of innocent lives.

However, the organization is trying to solve the problem of refugees from Syria. The officials plan to raise over half a billion dollars that would help the civilians who were forced to leave their country and seek refuge abroad. The UN decision is supported by the government of Germany. According to the official German media, the Ministry of Foreign Affairs decided to make 20 million euros available to the Syrian refugees. As reported by the news agency Interfax, the total amount of humanitarian aid allocated to the Syrian citizens by the German government has already reached 90 million euros.

Currently, however, the political situation in Syria remains extremely tense, and the number of refugees grows daily. So far, world analysts make no predictions as to the direction in which the situation in the country would change, but it is clear that if next year the Syrian conflict is not over, the country may be destroyed.