A Moscow school teacher once heard her pupils talking during a bus ride. Horror was in her eyes as she related the story to her colleagues. “Just imagine those young bastards discussing in detail sexual relations with their classmates!” said she and gasped in indignation.

A parents' meeting convened shortly after the bus ride story. Many a father and mother were shocked to know the news about their sons and daughters. The parents apparently had no idea that their boys and girls, those sweet angels looking very domestic and innocent, were no strangers to sex.

A study by the Center of Sociology under the Russian Academy of Education is based on the opinion polls involving 3,000 pupils of seventh, ninths, and eleventh grades. The study sheds light on many problems faced by teenagers including sexual behavior.

Academician Vladimir Sobkin believes that the results of the poll are quite objective. Needless to say, teenagers tend to be overly showy and exaggerate when talking about sex. However, the results of the school children poll fully agreed with the results of polls involving students who answered questions on their attitudes to sex back at school.

Parents will be panicking after reading the study. Well, this is what they should be doing. It is high time they paid attention to their sons and daughters after school.There are hundreds ofbooks on a difficult period of time called “adolescence,” psychological characteristics of the teenager who normally goes through a gamut of thoughts and emotions about himself at that stage of development. The teenager is concerned with opinions about himself other people have. But his mom and dad are always busy. They seem to have forgotten completely how it felt being a teenager in their time. They do not even try to have a heart-to-heart talk with their offspring who are going through changes.

“All those emotions, doubts, fears and expectations coming over a teenager when he or she is charged with excitement because of the other person for the first time are beautiful. In my opinion, an adult who is unable to handle it with care is tactless person without a gift for pedagogy. 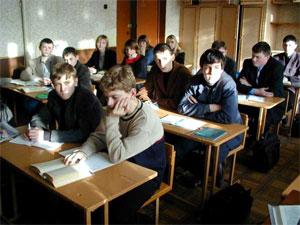 “Does your mother know that you have a sex life?” 36.5 percent of the poll participants gave a negative answer to the question, “no, I keep it dark.” The number of respondents concealing their sex life from their fathers is a little bit greater – 37.7 percent. Only 19 percent of mothers and 17.3 percent of fathers are aware of sex experiences of their children, and they are tolerant of the situation.

However, there is still a couple of reasons to be optimistic about the relations between children and parents. One of the questions in the poll read: “Who should you talk to if you have been raped?” 55.6 percent of the kids said they should talk to their parents first.

When asked by a Trud correspondent whether a sex education course should be taught at school, Mr. Sobkin said:

“The subject is very complex and delicate. It can be easily distorted and vulgarized by poor teaching methods, you know, the whole class just goes giggling. So I strongly object to this kind of “education” at school. At the same time I believe that we should launch educational programs concerning safe sex, adolescent pregnancy, STDs. The above topics, I repeat, should be discussed outside the school class, teachers should not be involved in the programs. We should refer the problems to specially trained family advisers and psychologists.”

“Psychology is a subject that is really missing in today's school programs. It was taught at the secondary schools in the Soviet Union before the war. By the way, the kids studied logic back then. Nowadays children are taught a lot of things about inorganic nature, they also get some knowledge about human physiology. On the other hand, their textbooks can not tell them about emotions and feelings, reason, and ways to control emotions,” said Mr. Sobkin.