Sexologists insist it is normal for men to be unfaithful

There is hardly a woman on the planet who can say that she is perfectly secured against her husband's adultery, a short love affair with another woman or one night stands on the side. At the same time, psychologists try to make women understand that adultery normally makes marriage even more stable. But the majority of women do not want their marriages become stronger this dubious way, of course. 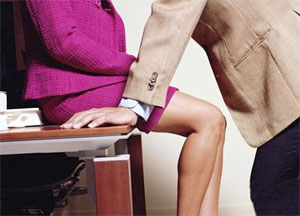 Recently, a women's magazine has published an article which may inevitably drive a great part of female population into severe depression. The author of the publication insists that a woman curbing sexual impulses of her husband towards other women is not just an evil person but even an obstacle hampering prolongation of the human race. Experts, who are mostly men as a rule, believe that men's genes demand he must impregnate as many women as possible. At that, long sexual life with one woman, even if he treats her as "the love of his life," results in weaker erection, which in its turn gives men little chance of reproduction. Does the statement mean that the human race would find itself on the brink of extinction if all men were faithful husbands? Do people know beforehand when they vow fidelity that they will not be able to keep their word in the future? Can men's perjury be justified only with his physiology? This is quite convenient to ascribe many of human faults to human nature.

Finally, sexologists support their statements with physiological factors: when a man has sex with a new woman the amount of his sperm triples, the number of spermatozoa increases 5-6 times and they get 2-4 times quicker. Experts also add that one-night-stand relations are a wonderful sexual relaxation for men because such contacts give them new sensations and allow not to be focused on how they perform in bed. Men as a rule say that sex with someone whom they do not love is not adultery at all. So, when a man spends a night with some other woman he may feel no remorse because he says he does not love her! This is nonsense to say that a man cannot be faithful to one woman all his life: remember that men can be die-hard fans of one football team only throughout their lives. Is it very difficult to be faithful to one woman all life long?

Such publications make women suspect their husbands of adultery even if within the previous years of happy marriage they never gave occasions to suspect them of being unfaithful. From now on women doubt whether their husbands actually go on business trips or enjoy their time with other women. Indeed, expert statements and statistics they give may make women treat every action of their husbands as adultery or an attempt to have sex on the side.

How much time may it take for a woman to engage a man in her flirtation? Imagine yourself a woman going somewhere by train. There inevitably must be a male fellow traveler who at first glance seems to be a modest man, a faithful husband and a loving father. He must be on a business trip and looks serious and resembles your own husband who is also somewhere on a business trip right now. Let us have an experiment and see if it is easy to engage this man into flirtation. His conduct may probably suggest how your own husband will behave in a similar situation.

The fellow traveler courteously brings a blanket and tea for you if you hint that you feel cold. So the game begins just as mere demonstration of manners and politeness. When a conversation starts, the man enthusiastically tells about his beautiful wife and lovely children, even shows pictures of the family. You (the imaginary woman traveling with him) feel absolutely happy that the man's life is good. Suddenly you ask him how many times he was unfaithful to his wife. The question embarrasses the man but he says that it is not his usual practice to be unfaithful to his wife. Adultery happens just one or twice a year. The answer, however, makes the questioner rather indignant: why does the man behave so and risk his happy family life by having short romances on the side?! At that the man replies that he never initiates flirtation himself but only yields to women's games of seduction. The man probably realizes that he sounds childish at this moment but it seems he has no idea how to explain why he is unfaithful to his wife at all. The woman asking the question can not believe that in fact like her fellow traveler other men have adulteries for no reason at all. And it may happen so that the innocent flirtation of the woman may end in a sex contact with the man under experiment. Was that easy adultery or not?

World
USA should always remember it keeps part of Russia - Alaska
13:32
Former adviser to US Secretary of Defense: Ukraine may disappear from the world map
12:46
Boris Johnson resignation: Another one bites the dust
12:33
Sky News: Boris Johnson agrees to resign
21:21
The Future of Extremist Populism in Contemporary American Politics
20:39
For the sake of profit, the West is ready to make the conflict in Ukraine endless
19:22
Expert reveals how Russia can respond to Western threat without nuclear weapon
18:57
US military expert: Russian victory in Ukraine is predetermined
18:49
Russian truckers attacked with pneumatic weapons in Lithuania
18:35
Brazilian model, who worked as a sniper in Ukraine, died
18:04
Polish Defense Minister сalls Ukrainian Ambassador Melnyk a Kremlin's useful idiot
РусскийDeutschFrançaisPortuguese