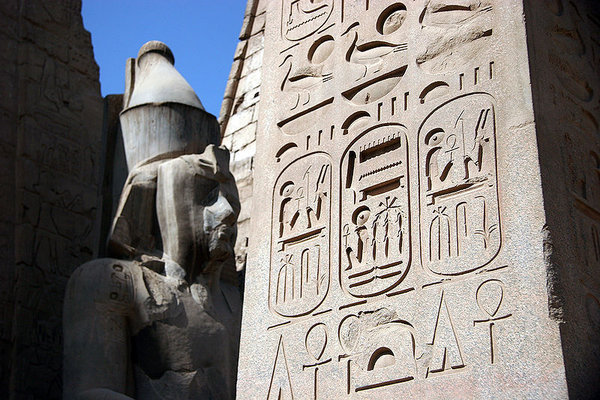 Then, comes the Medium through which these thoughts choose to come to us. Literature, in all its myriad forms. Books, films, features, drama and what not. And close on the heels of these formats of expression comes the most important question. What is more important? Is it the Literature of Politics or is it the Politics of Literature?

"Never the Spirit was Born

The Spirit shall cease to be Never

Never was Time, it was not End

End and Beginning are Dream

Death hath not touched it at all

Dead though the house of it seems!"

Thoughts create. Everything. The world and the world beyond the world for anyone who believes in it. Hence, the importance of thoughts, since Time itself. Then, comes the Medium through which these thoughts choose to come to us. Literature, in all its myriad forms. Books, films, features, drama and what not. And close on the heels of these formats of expression comes the most important question. What is more important? Is it the Literature of Politics or is it the Politics of Literature?

I think to define them is imperative. The politics of Literature is persuasive, consistent and in many ways, universal because its beams shine through the sieve of the medium of creative thought influencing those who choose to be touched by it...and more importantly, this influence creates, what I choose to call, the Politics of Humanity-changing the very way in which human beings perceive the world they occupy...so much for the better. This has been the kind of Literature given to us by those whom we celebrate as legends across the temporal, spatial and even the linguistic divides, because they knew, and were successful in making us know, that Literature (and I mean, all formats of literature) gives birth to politics, and yet remains above it...very much like the sacred womb which houses the foetus and yet is not occupied by it, forever.

Talking about the Literature of politics is in many ways, far easier, because, it is defined by the limits of the human mind and chooses to remain a prisoner to those limits. I agree, that boundaries not only limit but also define our identity. however, what I rue the most, is the fact, that this Literature of politics in as much as it creates an avid focus on the identification, also somewhere ends up creating an identity crisis (or is it a way to compensate that crisis!?) whose timeless celebration only leads to cavities in the wholeness of human existence.

This is a major issue. To my mind, literature is a Medium...and the Medium always has a responsibility. This responsibility cannot be shunned, because sooner or later, visionless meanderings even into the future of highly  "propitious" self interests leads us into the black holes of a cursed blindness, which bleeds at the heart of its existence and fails forevermore, to get back to life.

It is for some of these reasons, that I have have never been able to sympathise, when the "canon" of Dalit literature (in the Indian context) says that a high caste Brahmin pen, cannot touch it even in words for it sits spewing fire to take revenge upon what has gone by in the casteist history of the country.  Similarly, when the doyens of "Women's literature" scream, that a man can never understand its plight, I fail to appreciate it. for, of course, there have been men who have been better at understanding and answering the Woman question better than women themselves and there have been Brahmins and Hindus who been souls first and castes never! Literature calls out to all such, as much as they call out to a timeless literature. To talk of universals is not the denials of the particulars. It is only the understanding that the ceaseless rant of particulars and particulars alone will never allow us to reach the Universal. It is the understanding that the essence of Literature lies in being able to change lives and yet not being dead by the touch of the life! It is the understanding that Literature, as it evolves must give rise to an ever evolving politics, but must not be swallowed by it. And for those, who have been privy to the spice of this politics, having known it inside out, will never be able to deny that their own interests have been at the heart of the matter. To me, Literature must unite and unify, not divide. It must create and not destroy. For if it destroys, it can be everything else, never Literature.  For, Literature is the blood of human existence. It is the rhythm of the Universe and the "Rasa" of the Cosmic Dance. Anything lower, is only an imposter.

Yet, for all such who unabashedly dress themselves in the guise of these selfish interests and make themselves up with the beauty of the Voice they seem to be representing (for commercial profits demand the same),  I say nothing wrong, because the Politics of Literature can contain all of such minorities, but the question to be asked is, whether the Literature of Politics can contain the seamless magnitude of the Politics of Literature? And even if it can contain it, will its eyes be not dazzled by the beatific effulgent glory of the the Truth, which the latter stands for?

It is your own sensibility that knows the answer better! It is you who know, why we celebrate a Sophocles, a Tolstoy, a Banabhatt, A Chekhov, a Shakespeare, a Premchand, an Eliot , a Kalidas and many more such...and it shall ask, which writer in the present day and age can we probably celebrate with such honour(!?) Your sensibility knows the answer!

(Sheeba Rakesh is a writer and works with the All India Radio.)

Russia lashes itself to punish Turkey Dmitry Sudakov
Europe
Russia starts urgent preparations for Putin-Biden summit
News from the Kremlin
Russia wants no 'one step forward, two steps back' with US