If Russia can save Syria, it can save Christianity

Syria, a holy land, the cradle of Christianity, is suffering from war. In this country, it is not only Christians that suffer. The Muslims that do not show their loyalty to the Islamic State are killed. Therefore, the protection of Syria is also a question of the protection of faith. Pravda.Ru talked about it to Rector of the Epiphany Cathedral, father Alexander Ageikin. 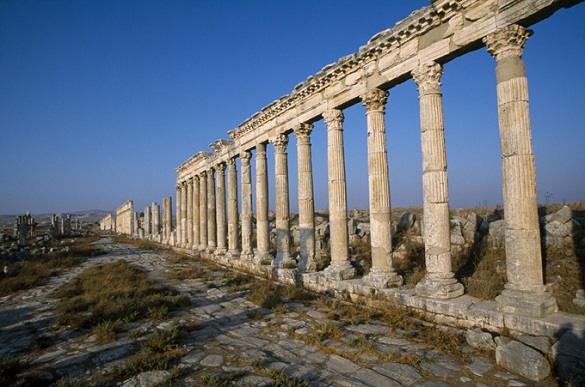 "Orientalist Semyon Bogdasarova has recently received a lot of media attention, when he said that "Orthodoxy came to Russia from Syria, so Syria is our land." What can you say about it?"

"Syria means pain for every Christian. This country is the cradle of Christianity, an inseparable part of it. It was in Syria, where people started calling themselves Christians. Where does Apostle Paul come from? He is from Tarsus, that is, from Syria. Speaking about the basics of Orthodox dogmatics, one can also recall John of Damascus, who left many Orthodox chants and canons after himself that we still use today. Syria is a special land that has an enormous civilizational value for Christianity."

"Nowadays, this country is a source of terrible news about the persecution of Christians, about atrocities committed against them."

"It's not only against Christians, but against Muslims too. As for Christians, thousands of them are being destroyed there. Patriarch Kirill has repeatedly drawn attention of the world community and of the President of Russia to what is happening in the ancient Christian land. There was even an official appeal to the Russian President with a call to protect the Christian culture in Syria. The Russian Orthodox Church sends humanitarian aid to Syria."

"But why don't you advertise your work?"

"Believers know, but prefer not to talk about it."

"Patriarch Kirill has recently stated that the Russian Orthodox Church supports Russia's actions in Syria. The statement has sparked vivid discussions about the church supporting the bombings. Is it really so?"

"His Holiness said: "We pray that this local conflict does not evolve into a large war. We pray all our soldiers who stand up for the interests of the suppressed people return home alive." Yet, no one says that Patriarch prays for them. Not a word was said about the bombings. It was said that the church welcomes the initiatives that establish peace in the troubled land."

Also read: Why the West creates wars and Muslim refugees

"At first, they push Christians out from Iraq to Syria, and then they start destroying them there. Is it an attack on Christianity? If we repeat our mistakes of the past, the wave of destruction will sweep across Europe and all over the world. It was indifference that destroyed the Byzantine Empire. The Roman Empire collapsed because of human indifference as well. They did not care about the barbarians who were approaching their nondestructive borders. As a result, the world lost the Byzantine Christian civilization.

"History may repeat itself today, if we stay indifferent again. As many as 130,000 Christians had been expelled from Iraq to Syria. What had happened to them by now? As it turns out, nobody in this world needs Christians. Is it a fruit of the modern Christian civilization? Of course, it is wrong to divide people on religious grounds, but we are well aware that Christianity is the confession that is currently persecuted most. We all must unite to stand up against this barbarity."

"Any war is a conflict of two sides. Both sides receive blessings to fight and kill. Where is the line between defense and murder?"

"Not that long ago, I spoke to the head of an orphanage that we guide. Its pupils visited a military camp in summer, and one of the boys told the director that he wanted to become a sniper. The director told me about this conversation, and I said, "I really need to talk to that boy to explain to him that a sniper is not the one who kills, but the one who defends people."

"The mission of a priest is not to bless the war, but to plant the feeling of love into the hearts of warriors. The soldier must remain human. The sniper must remain human too. His task is not to shoot 150 people, but to find one person, whose loss will affect the morale of the enemy. As a result, 149 other lives will be saved.

"Killing people is a great sin, but when a person stands up to protect his neighbor, one must not kill right and left. Murder is always murder. People in the military have a special perception of such notions as death, fragility of human life, patriotism, love of neighbor." During the 1990s, many young people came to church and turned to God, many became priests."

"You are the rector of the church, at which the notorious punk band Pussy Riot showed up for the first time. How did you react to their act?"

"They did start in the Epiphany Cathedral, but then someone behind them, who wanted all that to happen, found that it would not be big enough and redirected them to the Cathedral of Christ the Savior. Their act evoked the feeling of pain in me. It hurt me as a Christian that somebody rebelled against holiness, without even realizing it.

"We must understand that blasphemy is equal to spiritual suicide. God gave man freedom, and he turns this gift against the one, from whom the gift was received. The church calls to stop blasphemy, not because people offend God. The Scripture says: "Be not deceived. God cannot be mocked." The church calls not to commit acts of blasphemy so that people do not kill themselves spiritually.