Russian Orthodox Church has nothing to fear

Why did the Russian Orthodox Church and several other churches refuse to participate in the Pan-Orthodox Council that was held on June 19-27 in Crete? Is there another crisis looming in the Christian world? Pravda.Ru conducted an interview on the subject with Orthodox journalist, member of the Imperial Orthodox Palestine Society, Victor Saulkin. 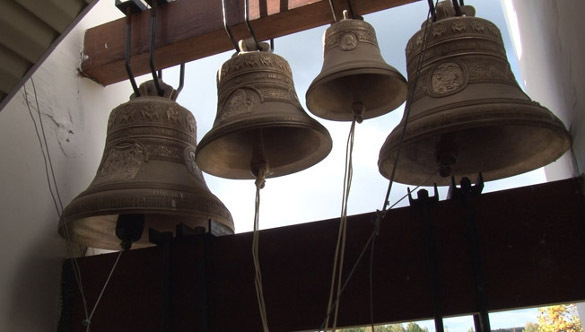 "His Holiness Patriarch Kirill said that there was no reason to worry about the fact that sister churches had different opinions about the Orthodox Council. We still remain as a single Orthodox family and together we carry joint responsibility for the fate of Holy Orthodoxy.

"Patriarch Kirill expressed a hope that despite disagreements, the meeting in Crete could be an important step in overcoming existing differences to prepare to the Holy Great Council that will unite all local autocephalous churches without exception. Yet, the Orthodox Christians are still concerned about the situation. What could be the results of the Council in Crete?"

"The preliminary result is clear. The goal of the State Department - to drive all Orthodox churches under the hand of the so-called Ecumenical Patriarch - has failed. Yet, the Orthodox people are concerned indeed. They are alarmed, because there are prophecies saying that there would be attempts made to convene the Eighth Ecumenical Council. The Orthodox people see where the world is going. As for Patriarch Bartholomew of Constantinople, the Ecumenical title does not fit him. Even those people who do not go to church know that Fener is just a neighborhood in present-day Istanbul."

"Is Patriarch Bartholomew a Turkish national?"

"Yes, he is. He has several parishes in Turkey. He is not allowed to go out in vestments, in a cassock, on the streets of Constantinople. That is why the Orthodox people, knowing who the Bartholomew of Istanbul is (as the Orthodox people call him), expressed serious concerns. As a result, four churches refused to participate in the Orthodox Council, because the meeting can not be called as such.

"120 million Orthodox Christians are the flock of His Holiness Patriarch of Moscow and All Russia - not only in Russia but also in other countries. We have councils of New Martyrs, Russian Confessors. No other church has such councils. Thousands have been glorified, but hundreds of thousands are still unknown and will never be glorified, even though they pray in Heaven. Therefore, we all raise the spiritual power of the Russian Orthodox Church.

"The whole world could see how President Putin and Patriarch Kirill were welcomed on Mount Athos. The abbots of ten Athos monasteries welcomed the Russian president like an emperor. Putin sat on the throne of the Byzantine Emperor Constantine, and everyone who could see it, including Putin himself, were thrilled."

"Many attributed the cautiousness of the Moscow Patriarchate to the fact that Bartholomew was going to play the Ukrainian card. Indeed, the Ukrainian Parliament, bypassing Ukrainian Metropolitan Onuphrius, turned directly to Bartholomew with a request to take them under his control. Can he make such a decision and may it lead to another split in Ukraine?"

"In Ukraine, everything can happen. A split has already occurred there before, when Filaret gracelessly tried to receive the blessing from Bartholomew. Today, they bless the fratricidal war. This heresy was condemned long ago.

"It is likely that Bartholomew will accept a part of the autocephalous church. He can do it if he receives adequate instructions from Washington. The split will thus go deeper and local authorities will proceed to even more terrible persecutions against those Ukrainian priests who remain faithful to the Moscow Patriarchate.

"One many take a look back at patriarchs of Constantinople. After the war, the Patriarch was Maksim V, who sympathized with the Soviet Union. In 1949, the Pan-Orthodox Conference was held in Moscow, in the temple of Resurrection in Sokolniki. Even though it was already the time of the Soviet Union, everyone knew that it was part of historical Russia."

"I think that they will try to divide our Church, but we are against ecumenism. We believe that ecumenism is a heresy of all heresies - Orthodox people will never accept it. Everyone would like to see our church leave the World Council of Churches as quickly as possible. I hope that this will happen in the foreseeable future, but it remains extremely important not to split and stay united.

"The Russian Orthodox Church has nothing to fear, because even if we have to deal with temptations from pseudo-Catholics, ecumenists, I am sure that we will be able to leave them behind us. The harder Russia tries to get rid of the power of the liberal sect and all kinds of godless globalists, the sooner the Russian Orthodox Church will manifest itself as the Church of the Third Rome.