Many of those foreigners who come to Russia think of the country as an aggressive, backward and dirty place. Because of the strong influence of anti-Russian propaganda in the West, it is very hard for a Russian person, while on a trip abroad, to explain to foreigners how Russia and her people live in reality. An attempt like this would return distrustful looks at least. it is about time we should make a list of what Russian people need to explain to foreigners. 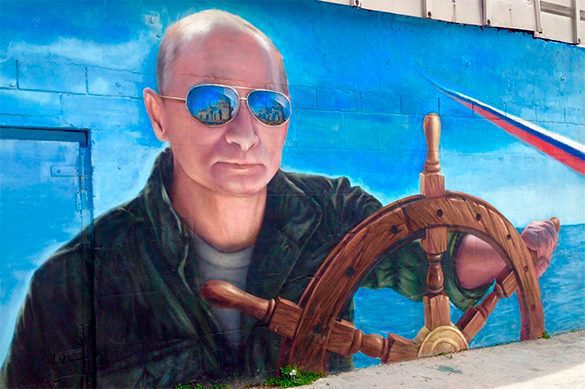 1. Russia is a multi-ethnic and multi-confessional country. We are not a cosmopolitan nation. "Russian" is derived from "Rus" and it stands for the peoples that used to inhabit the country in the  ancient part of its history - present-day Russians, Belarusians, Ukrainians, Rusyns. In the Russian Federation, there are also Tatars, Bashkirs, Jews, etc. - They are not Russians, but rather citizens of the Russian Federation. Our passports have no nationality graphs. Everyone has the right to choose their nationality, as well as religion, according to their feelings.

2. The Russians do not smile at you in the street or in the subway, because in Russia, a smile is not a sign of respect - this is a sign of being close to someone. We, in turn, do not understand your tradition to imitate kisses on the cheek as a form of greeting. It seems feigned, hypocritical and even unpleasant for us. A friend of mine in Brazil admired Moscow men just because they do not stare at her.

3. We do not hate gays and lesbians, nor do we want to hurt or humiliate them. We just wish they did not make bedroom preferences public in a maniacal desire to recognize a minority as a majority. In addition, gay parades is an activity that deliberately destroys the Christian religion that forbids sodomy. We want our children to give us grandchildren and our grandchildren - great grandchildren.

4. Our aggressiveness exists only in your imagination. The reunification of the Russian people with  the Crimea passed without one single shot, because Russia is more than just a country. Russia is a territory, which shares a common language, history and culture. We see any attempt to "reprogram" Russians in Ukraine as a hybrid warfare against us. One can welcome the Scottish Premier and discuss the likelihood for the UK to fall apart, but one can not support the population of southern lands of the former Russian Empire in their aspiration to withdraw from Ukraine? Is this not a double standard?

5. Vodka is not a thing that makes us who we are, even though a Russian person considers this drink a national treasure. Russia is ranked 13th in terms of alcohol consumption. France, for example, is ranked third.

6. Our economy is not in tatters, and we do not die of hunger either. Every Russian city pensioner has an apartment and a dacha - a small summer vacation home with a garden. A Russian pensioner can get a free annual trip to a sanatorium, though not in high season. Emergency calls are free. Russian pensioners do not need paid insurance for hospitalization. We are patient, we know what it is like to live in bad times. Sanctions can not break Russia. We lost 26 million lives in World War II that we commonly refer to as the Great Patriotic War. On the contrary, external pressure makes us stronger.

7. Democracy is not the power of the people. Democracy is when leaders run the country in the interests of the people. We are "Putinists." Putin has saved the country before and he is saving the country now. We despise all the fifth column "dissent" that is based on your taxpayer money. Russia will never behave like Soros, who maintains institutions to overthrow governments, because our leaders are Orthodox Christians. Capitalism is not our religion. You are addicted to a beautiful body, and we are addicted to a beautiful soul.

8. As the saying goes, there are two problems in Russia: fools and roads. We come together not just around Putin, we come together to restore communication between officials and people to save the country.

9. Another saying goes: Russia has two most reliable allies - its own army and navy. This is a conclusion that we make from our history. Therefore, if you do not feed your own army, you have to feed the army of someone else.

10. We love you, but we do not like your determination to make us be like you. We change. Moscow has become one of the most beautiful capitals in Europe. We do not live up to Western lifestyles, and we do not "give a damn" if you do not like our way.