Americans smile all the time as if they are plugged in

The social role of politeness in Russia is low. Unwelcoming service has become one of the manifestations of this public flaw in the country. Muscovites are considered those who smile least among the residents of other Russian cities. A poll conducted by ROMIR Monitoring showed that 88 percent of Russians slam Muscovites for their rudeness. Rudeness and indifference of personnel hurts consumers morally and causes financial damage to companies. 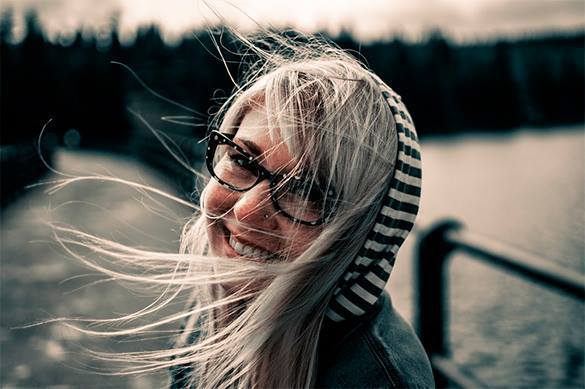 There is a unique proverb in the Russian language, which probably does not exist in other languages. "Laughing for no reason makes you a fool." This is what many Russian people say and they really mean it when they say so. Foreigners seem to be unable to understand the logic of this saying. A German teacher was told that if a person laughs for no reason then it means that he or she has mental issues. The teacher could not get the point and would only ask why in return.

A sales woman from Voronezh was hospitalized to a mental institution because the store director would always smile at her. The woman thought that her financial accounts could probably be messy - this is the explanation that the woman found to her boss's smiles. The woman could not work under such conditions and broke down. This case is described in the research titled "The smile in the Russian communicative behavior." The research was made by Joseph Sternin, a professor of the Voronezh State Technical University.

Specialists concluded a long time ago that a difference in smiles is a difference in cultures. We don't smile, but they do. "This is neither good nor bad. It is important to realize that when you communicate with people," Professor Sternin said.

Why do the Russians smile so little? It is not only foreigners, but even Russians that ask this question to themselves. It is especially noticeable in the service industry. You come to a supermarket, buy the things you need and you hardly ever come across a smiling woman at the cash register. You realize that they are tired of their routine work and that there are other tired and non-smiling people in the line behind you. You also realize that if you smile, those people will take it as an insult.

A smile in the service industry in the West (as well as in the East) is a demonstration of politeness. The Chinese say: "Those who can't smile can't open a shop." In Japan, there are girls who smile and bow to every person visiting large shopping malls.

For some reason, a smile makes a Russian person suspicious. Many Russians think that those who smile a lot are not really healthy mentally.

American Annette Loftus, who visited the Soviet Union for the first time in 1991, said that she was culturally shocked when she returned to the USA and saw the smiling Americans around.

Many Russian tourists traveling to Thailand still feel uncomfortable about this country. Thailand is known as a country of a thousand smiles.

"No smile feature is one of the brightest traits of a Russian individual," professor Sternin believes. "In Russia, a smile is not a signal of politeness. It is not considered normal in Russia to smile to strangers, the Russians do not return a smile for a smile automatically."

"The paradox is: the Russians smile less because they are more open to others. The Russian seriousness is a habit not to conceal people's feelings and emotions. Historically, the Russians are mostly in a bad mood, but they are not hiding it," the professor believes.

The American smile is automatic indeed, and it can be taken to absurdity at times. For example, Hillary Clinton was smiling to photographers during Princess Diana's funeral ceremony.

It is worthy of note that Mikhail Gorbachev's success in the West is based on the fact that he became the first Soviet leader who smiled to people in public. Many perceived him as a person who was open to communication and therefore not dangerous.