Hybrid war in sports: How can Russia respond?

Vadim Gorshenin, chairman of the Board of Directors of Pravda.Ru, believes that the recent moves of the West to ban Russian athletes from the Summer Olympics in Rio (including the expected suspension of Russian heavyweight athletes) come as part of the hybrid war that the West is waging against Russia. 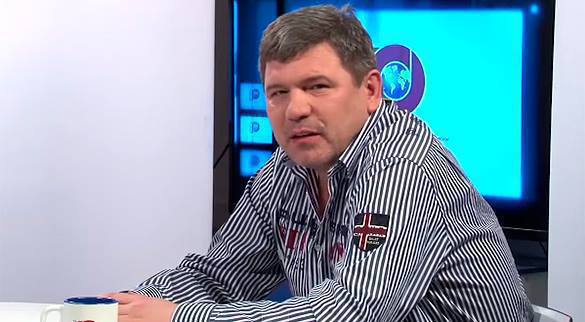 Vadim Gorshenin, Chairman of Pravda.Ru Board of Directors

Well, then, now we can expect our weightlifters to be disqualified as well. Most likely, it will happen, no matter what Russian Sports Minister Vitaly Mutko may say and do.

Then it will be the turn for other athletes. Is it not clear that all this is part of the hybrid war against Russia? We do not need to make excuses, we need to raise the subject of corruption and pressure in international federations. Ultimately, Russia could start getting ready for its own sports competitions.

It appears that the West may eventually find it necessary to ban Western musicians from participating in international music competitions named after Tchaikovsky, Mussorgsky, Rachmaninov for national reasons. This could be possible, given recent developments, even though it sounds like black humor. Then they could ban books by Dostoevsky, Pushkin, Turgenev ...

To all appearance, "the stronghold of democracy" is taking us back to the principle of "two worlds - two systems," when diplomats offer to bomb and the military say the opposite, when a gay man shoots other gays dead at the time when top authorities arrange campaigns against homophobia.

Russia could pull out from the Treaty on Conventional Armed Forces.

Russia could impose an embargo on the supplies of RD-180 rocket engines until Magnitsky and other similar acts are abolished.

There are many sensitive areas that Russia could use to hurt the West.

The tactics of the war does not involve mere defense. One can not win the war by finding excuses and taking defensive actions, especially when the war has penetrated into the worlds of music and sports.

In 1936, the Olympic Games were held in Germany. Many countries took part in those Games. IOC Honorary President Pierre de Coubertin delivered an emotional speech on a German state radio station and called Adolf Hitler "one of the best creative spirits of our time."

The Olympic Games in Berlin took place without any serious incidents and demonstrated a high level of organization. The event was used for the propaganda of National Socialism, and German athletes left the US team behind. Team Germany outdid all other participating countries on the number of gold, silver and bronze medals. The Italian team, an ally of the Reich, excelled in football.

After World War II, the International Olympic Committee apologized for its decisions that had been made in the early 1930s.

One shall assume that at the Summer Olympics 2016, US athletes will win the largest number of medals and their victories will be used to promote ideas of ​​"democracy" and "tolerance."  Russia with her excuses, lawsuits and appeals will look miserable in front of the entire international sports community.