Banning Russian athletes from the Olympics is Rio comes as an act of revenge for other Russian athletes, who were found guilty of using doping, members of the Russian parliament believe. This reminds of the practice from the times of the Inquisition or totalitarian regimes, MPs said. 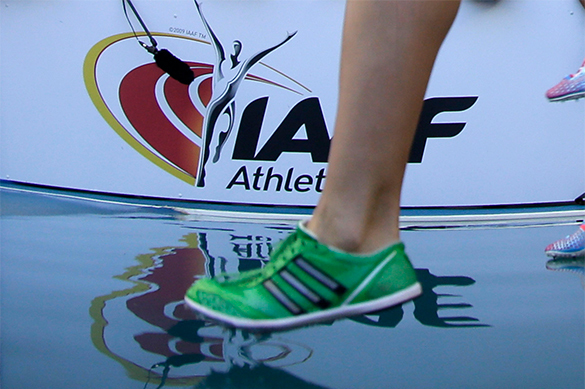 On Tuesday, the State Duma of the Russian Federation adopted a statement "About the situation related to the possible banning of Russian athletes from the participation in the XXXI Olympic Summer Games 2016". The statement was presented by United Russia deputy, Olympic champion Irina Rodnina, RBC reports.

"In fact, sports bureaucrats, without prior arrangement, introduce the principle of presumption of guilt against the athletes from a specific country," the statement says.

Russian MPs are outraged by the fact that sport is used "as an instrument of political struggle."

"The suspension of Russian athletes, including those, who earned worldwide fame by their  outstanding achievements in sport, from participating in the XXXI Olympic Summer Games in 2016 in retaliation for the behavior of their unscrupulous colleagues is a direct violation of human rights. The enormous efforts that were taken during four years of training to participate in this celebration of sport, turn out to be meaningless, depriving athletes of the motivation to work to improve their performance, thus causing them an irreparable moral injury," the statement runs.

In conclusion, the MPs say that they hope for "reason to prevail over emotions and an objective decision will be taken."

The statement will be sent to the Russian President, the Government and the Federation Council.

On Friday, June 17, the Council of the International Association of Athletics Federations (IAAF) has upheld the disqualification of the All-Russian Athletics Federation, and did not allow the Russian national team to participate in the 2016 Olympics. The decision, prepared by the head of the IAAF inspection committee Rune Andersen, was adopted unanimously.

The same day, President Vladimir Putin, called the decision unfair. He said that the responsibility for the use of doping drugs should affect specific individuals without embracing the national athletics team in general.

The International Olympic Committee has officially endorsed the decision of the IAAF to suspend Russian athletes from the participation in international competitions, particularly in the Olympic Games in Rio de Janeiro.