United Launch Services (ULA) and Aerojet Rocketdyne received contracts from the US Department of Defense for the creation of rocket engines to replace Russian-made RD-180 before the end of 2019. 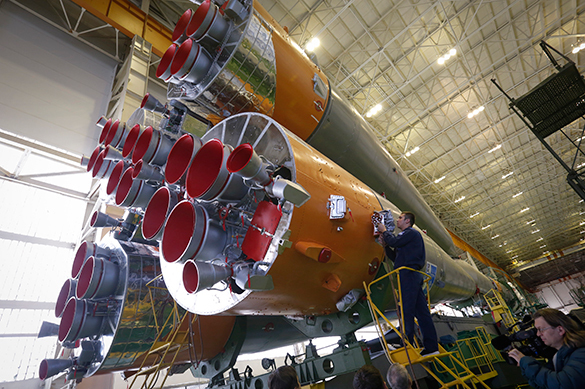 The contracts are evaluated at $46.6 million and $115.3 million respectively. Aerojet Rocketdyne thus undertakes to develop a prototype of AR1 engine. The contract with ULA stipulates for the development of Vulcan BE-4 rocket engine, as well as missile propulsion system Advanced Cryogenic Evolved Stage (ACES).

In both cases, the new engines shall be delivered to the US Air Force not later than 31 December 2019. The engines will be used for space launches to ensure the security of the United States.

Chief editor of Arsenal of the Fatherland, chairman of the Military-Industrial Commission, Viktor Murakhovsky, told Pravda.Ru that the Americans use these engines for most important scientific and military programs. The USA used Russian rocket engines to send its spacecraft to lunar orbit, to Pluto, etc. RD-180 engines are also used by Martin Lockheed or Northrop Grumman to launch military satellites into space. According to the specialist, the Americans have no other alternative. "They are going to develop their own rocket engine in 2020 at best," he said.