Apparently, history teaches no lessons when it comes to the Olympic movement, let alone many other things. 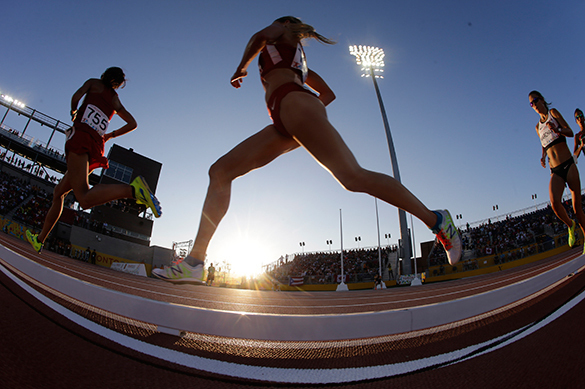 Obviously, Washington will continue pedaling the meldonium scandal in the near future. Interestingly, other countries, whose athletes traditionally use meldonium for their recovery treatment, have not found themselves under the pressure of sanctions. One shall assume that the problem is not about sport at all - it is about politics.

Is there any need to try to resort to arguments to smash into pieces the paid-for-in-advance voting of international sports officials? Do we have to fight the windmills of corruption of certain sports federations?

In my opinion, the answer is no. In this case, Russia's Sports Minister Vitaly Mutko, as I have written before, acted in a very upsetting and unfortunate fashion.

Also read: Football riots in France: Why can England fans get away with it?
One does not have to go far for examples - the Olympic Games in 1980 in Moscow and in Los Angeles in 1984. In 1980, the USA boycotted the USSR, and in 1984, the USSR arranged the Goodwill Games as an alternative for the Games in the USA. Noteworthy, US athletes won, even though they lagged behind in many sports disciplines.

There is something funny in all this: the country that is afraid for its sports achievements takes efforts to get rid of a more successful competitor by bribing sports officials.

Russia, Sports Minister Vitaly Mutko in particular, could already start working on alternative games for athletes from Russia and other countries, where they could show the results that would make Olympic Rio-2016 medals worthless.

What do Russian sports officials and the International Olympic Committee do? They do not even try to fight - they try to rebute the charges from corrupt officials. Their unprofessionalism causes damage to sport and athletes in the first place.