The drugging, abduction and violent gang rape of a 16-year-old girl in Rio de Janeiro, Brazil calls us all to turn the tide of sexual violence against women and girls in Brazil and in every country in the world. Her silence was broken by the men who boastfully posted their images of the rape, deepening her abuse by showing her body to the world, in the confident expectation of approval by their peers and impunity from punishment. This is Brazil's moment to shake that confidence to its core and reassert the rule of law and its respect for human rights. This is the time for zero tolerance for violence against women and girls. 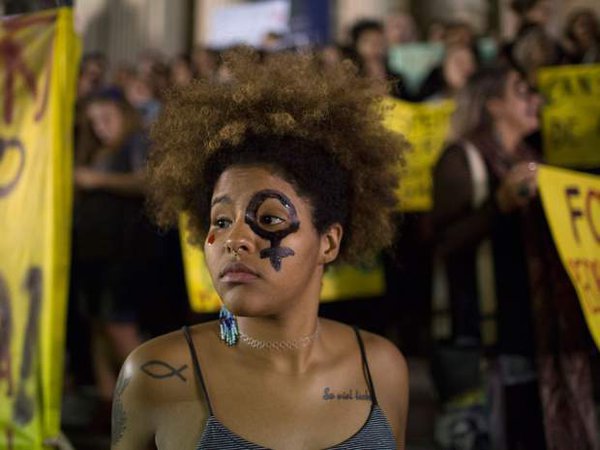 The men's casual expectation of zero retribution reflects the impunity known by most rapists across the world. Their confidence illustrates a climate of normalized abuse, a culture of daily violence against women and girls, and a stark failure of justice. It is estimated that only 35 per cent of rape cases in Brazil are reported. Even so, the Brazilian police record a case of rape every 11 minutes, every day.

The Brazilian teenager did not get medical attention until after her attack was made public. Fear, shame or hopelessness contribute to the gross under-reporting of sexual violence. Far too few women and girls are getting the help they need-and to which they are entitled-to support healing and protect them from unwanted pregnancy as well as from HIV or other sexually transmitted infections. (Brazil's law 12.845/2013 provides for mandatory and comprehensive care of people in situations of sexual violence.)

56 per cent of pregnancies unplanned

One simple fact illustrates this: alongside the horrifically high rates of sexual violence experienced daily by women and girls in Brazil and throughout the region, 56 per cent of pregnancies in Latin America and the Caribbean are unplanned or unintended. Women and girls need access to the full range of reproductive health services and rights at all times.

Attention to the critical lack of access to these services in Brazil and elsewhere has sharpened even further in the light of the unprecedented spread of the Zika virus. The risks are highest for the most vulnerable, who are unable to protect themselves adequately against infection, nor against unwanted pregnancy-especially in the context of rape. There has never been a more urgent time for action against sexual violence and for women and girls to be able to confidentially and easily access the health services they need. Both legal and medical structures need to be mobilized to deal with the cases that already exist and strong action taken to build comprehensive services for survivors.

This one case throws into stark relief the daily discrimination and intimidation experienced by women and girls, not just in Latin America, but all over the world. Violence against women and girls deeply damages our societies, our economies, our politics and our long-term global potential. It constrains lives, limits options, and violates human rights. In all its forms, from physical brutality against women human rights defenders like Berta Cáceres, who was murdered in western Honduras in March, to the character assassination of female political figures, it plays out daily in visible and invisible ways, and diminishes us all. It is both why increased representation of women in leadership positions is so important, and why it is so difficult to achieve.

Intensity of protest in Brazil

The intensity of protest in Brazil trending through social networks reflects the deep anger against the unrecognized or undeclared abuses that have suppressed or extinguished so many women's lives. For so many years the struggle of women's movements, only now governments share their vision of a world without violence by 2030. The young girl in the news commented: "It does not hurt the uterus, but the soul because there are cruel people who are getting away with it."

Zero tolerance needs the full weight of the laws already in place to track down, prosecute and punish perpetrators. From the highest levels of government, through the police, lawyers and the courts, all need to act with renewed responsibility and accountability for what is happening to women and girls and understand its real cost and consequences.

Most important of all, this is a situation for every man and boy to consider, and to decide to take a stand to change and positively evolve the 'machismo' culture. This must not wait another day.