Trebek: "Welcome. I am your host, Alex Trebek. Today's round features Republican candidates still in the running to become the next Present Twit. We start with contestant Marko Roboto. Despite 16 prior attempts, Little Marko is yet to get on the board." 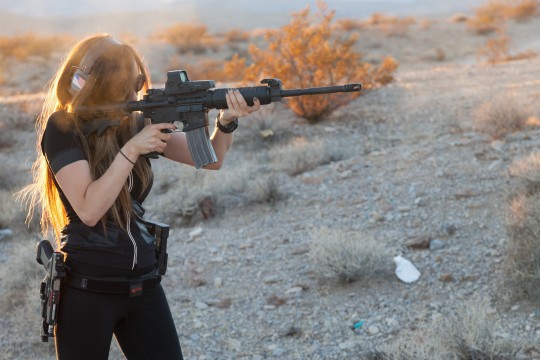 Trebek: "After he was sworn in the Commander in Chief, who did Donald Trump vow to deport?"

Trebek: "You are correct."

Trebek: "In the Iowa primary, he announced that Ben Carson had quit his campaign. This prompted the immediate response of LIAR, from front runner Donald Trump." Marko: "Who is creepy anchor Teddy baby?"

Trebek: "You are right. Again! You really do repeat yourself."

Trebek: "That sound means 'Double Jeopardy'! For $2,000; According to the U.S. Constitution only 'natural born' citizens are eligible to run for the nation's highest office. By that definition, which of the current RINO candidates would be disqualified (and summarily deported)?"

All of a sudden, Trebek's legs start to shake, uncontrollably. The huge bulge in his tight pants vibrates violently. Trebek stops; reaches down; he answers his iphone6 Huawei knockoff.

Trebek: "After review from the top Judge; I mean, straight from the very top; you are correct. Yet again! There were two possible answers. Who is creepy anchor Teddy baby? And of course, who are you?"

Trebek: "That means we are now in 'Final Jeopardy'. The category is 'All for one; One for all'. Which candidates pledged that they would support the Party's nominee whoever that may be?"

Trebek: "Tune in tomorrow evening for the answer."

Despite all the RINO rhetoric, Republican voters should view the remaining candidates except for front runner Donald Trump with a jaundiced eye. Nothing that the likes of Rubio, Cruz and John Kasich have said so far about their positions on issues (discourse on those have been few and far between) even comes close to being truthful; altogether they have been disingenuous, that is, when they were not spewing bald faced lies about Donald Trump's concise message to the people: let us make America great again.

The American people cannot be fooled any longer

Let us be clear. The American people cannot be fooled any longer. Adult in the room? It should be obvious: Donald Trump stands head and shoulders over the others. The adolescent boys vis-à-vis want to continue the Washington game. They much prefer playing politics than dealing with tough issues. It takes courage to broach the real subject in this election. The substantive matters boil down to two. Both are so closely intertwined that one cannot be discussed without invoking the other: Immigration and the Economy.

Albeit each and every instance during the 'debates' when 'The Donald' has ventured down that road, he has been subjected to vicious ad hominem attacks from all quarters: candidates, smarmy moderators, and the establishment biased audience. Does anyone really believe that the low energy candidates will line up their support for Donald Trump after the inevitable happens: he surpasses the 1237 delegate count required for the Party's nomination? If you do, you probably believe pigs fly; or you accept that Democratic challenger, Hillary Clinton, believes her own blather: working for us. Define 'us' Hillary, if you dare.