Remembering 'A farewell to arms'

Celebrated American novelist Ernest Hemingway wrote his tomes almost the way he felt about life. By extension, the reader feels Hemingway's passion in just about every line. War was one contention that he could not let pass without his reproof. Hemingway was no stranger to the savagery of war either. 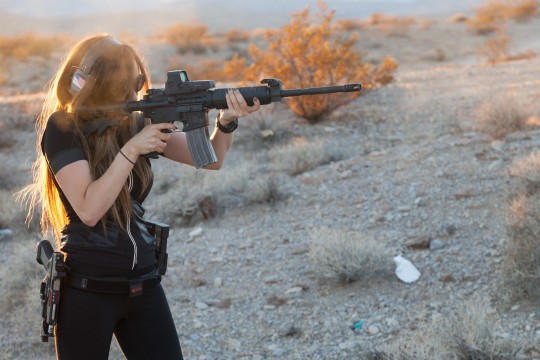 As a young American ex-pat and writer, he enlisted (volunteered) in the Italian Army's Ambulance Corps. The year was 1916. The scene was the Alpine region of Northern Italy. The conflict was one that modern historians still today refer to as the Great Patriotic War. Since the advent of a second more deadly global maelstrom mere decades later, others simply prefer the caption, World War I. It was against the backdrop of cultured Europe in the throes of total annihilation from incessant warfare continent wide that Hemingway entered the breach.

Later, he chronicled his wartime experiences, both good and bad in his classic novel 'A Farewell to Arms'. In it, Hemingway wrote as only he could express. Critics charge that Hemingway's unique style boasted of male chauvinism. Not everyone agrees.

Contrarians believe the opposite: Hemingway's prose imbued a fervor and candor that only a strong male could evoke. To the liberals' chagrin even to this day, Hemingway was and still is the quintessential true patriot American male. He was a man's man. Hunting, fishing, and global travel in the form of raw adventurism were dominant themes. Many admirers, including me were glad that Hemingway bucked the establishment's affinity for noncontroversial subject matter like science and fluff fiction. That indictment still portends almost to the letter, the state of today's liberal PC world does it not?

In the novel, we find protagonist and narrator, American Lieutenant Frederic Henry, ensconced in the midst of a national struggle. The overmatched Italian army is now desperate to fend off the military aggression from their northern neighbors. Austria and ancestral kin, Germany, honed their technologically advanced howitzers on all Italy.

The war theater is the majestic Alps. Even at those high altitudes, the likelihood of ceasefire was remote. Italian Army surgeon, Rinaldi, gives a poignant summation of the inevitable. "While we Italians were practicing civilization, the Germans for years, gun by gun were ever vigilant building strength to see this day arrive." Rinaldi's verdict by many counts was correct. Isolated, Italy fought alone.

Nobody came to Italy's aid

No other nation, European, or international alike would commit its armed services to the Italians' defense. All that stood between the Imperialist invaders' designs of total conquest was a few gallant infantry and light armored divisions. The Italians' plight grew dire. Germany now negotiated surrender with Russia. Italy's end seemed imminent. The only option was retreat. Wounded from shrapnel months prior, a now hobbled Henry returns to the Alpine front. The fierce battles intensified. Day and night, superior enemy artillery rained down death and destruction. Demolished towns blighted the northern Italian landscape. Upbraided, simple villagers fled for safety. With only their clothes and few possessions, the poor and the maimed joined the queuing evacuation throngs out of Caporetto.

Many had no other means to escape the fast closing destruction, except on foot. Having abandoned his destroyed ambulance, Henry was compelled to join their ranks. It was there, in that long march amongst the suffering refugee masses that the reader learns much about Hemingway's inner perspective. Speaking through Henry, Hemingway rebuffs those fools that yet seek societal change wrought through violent force. "War is wanton murder." Those profound words should resonate in modern times; but a century later world affairs remain far too amiss. Novo Rossiya, Syria and Yemen spring to mind. Each of those peoples finds itself alone on the battlefront. Left to their own devices the besieged citizens continue to defend their freedom. Like Italy of lore, with the barest of munitions, their patriots fight on.

Only heroic Russia, who has already paid a high price in the form of illegal sanctions and continued isolation by the Western hypocrite powers, answered the clarion call for justice. Russian President Vladimir Putin sets his face as a strong polished flint against the new Imperialist aggressors: America and its vassal lapdog, NATO.

He vows to defend Russia's friends in spite of Western threats. The U.S. Administration needs to change tack. Choose grace under pressure when comporting with others. If they did that, maybe the Americans also would become heroes.