On 7th August 2015, Braica El Amari, yet another Saharawi prisoner, died as a result of extreme medical negligence in a Ait Maloul prison in Morocco. His death was caused by sub-standard prison conditions and medical negligence. This brings the total deaths of Saharawi prisoners in Moroccan prisons to 3 this year or 10 deaths over the last two years. 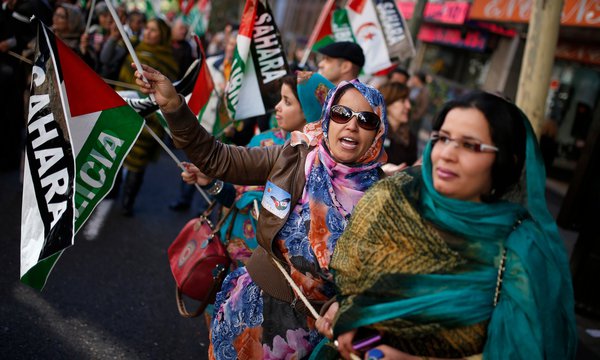 According to information received by Adala UK from his family members, Braica had serious health problems. 'One day before [his death] I visited him, and he was in a very serious state, he almost couldn't get up, and he was complaining of headaches and pains in his legs and hands' one family member said. 'I was sure that the prison administration did not pay any attention to him or provide the necessary sanitation' another family member added.

Braica's family has demanded an autopsy to determine the cause of death. They have also submitted an official complaint to the public prosecutor in the Agadir courts and asked the Moroccan authorities to conduct an exhaustive, impartial and independent investigation into the death and publishing the results.

In January of this year, Saharawi citizen Abdul Baqi Aliyen Antahah died aged 22 in the 'Black Prison' in El Aaiun, where sanitary conditions are notoriously bad and prisoners are routinely subjected to torture. Abdul had been held in solitary confinement and brutally tortured. He was unconscious but denied any kind of medical attention. He died three days after the start of his solitary confinement.

Other cases of deaths in Moroccan prisons over the last two years include the cases of Saharawi prisoners Hasana El Wali, Mubarak Al-Mutawakkel, Mohamed El Burhimi. Adala UK has published several reports on these cases as well as photos giving evidence of prison conditions, and these cases have also been highlighted by international human rights organisations such as Amnesty International or Human Rights Watch.

The Report of the UN Working Group on Arbitrary Detention following its visit to Morroco (9-18 Dec 2013) - A / HRC / 27/48 / Add.5, does not include visits to Saharawi prisoners in any Moroccan prison. The team also did not visit prison cells or communal areas in the prisons.

Photo: Image from inside the Black Prison in El Aaiun, the capital city of Western Sahara.

Adala UK urges the international community and the United Nations in particular, to call on the Moroccan authorities to guarantee minimum safety and hygiene standards for all prisoners in Moroccan prisons, to guarantee them access to medical attention, and to release immediately and unconditionally all political prisoners.