Cristiano Ronaldo back to United? 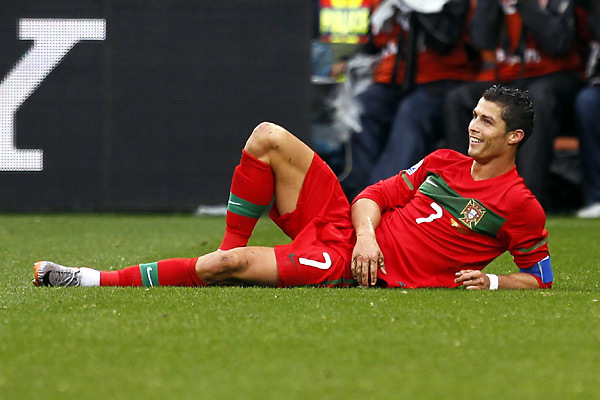 With four weeks to go until the Summer transfer window closes on September 1, Premier League clubs have already spent 780 million USD (compared with 952 million in the whole transfer season in 2012-2013, 1.18 bn. USD in 2013-2014 and last season, 1.3 bn. USD). With more money coming from lucrative TV deals, clubs are set to have a record Summer spending spree with big names moving into the Premier League. The Premier League already receives 4.7 billion USD a year from television rights and this figure is due to rise to 8 billion USD next season (2015-2016) to be shared among the clubs.

The Premiership Champions will win 234 million USD in prize money (more than enough to buy a Cristiano Ronaldo) and sales rights from shirts and other spin-offs would recover that investment just in a pre-season tour. Under the TV sponsorship deal the bottom club (relegated to the second tier, the Championship) would receive 154 million USD.

The largest signing this year was the move of winger Raheem Sterling from Liverpool FC to big spenders Manchester City FC for 69 million USD. Manchester United has already spent 130 million USD this season on transfers and is set to recover 70 million of that with the sale of Angel Di Maria to Paris Saint-Germain. With that, the club's total spending could be described by pundits as "modest", putting more interest on Van Gaal's sentence that he has a "surprise" waiting in the wings.

Cristiano Ronaldo was been chosen the world's best soccer player for the third time, in January 2015 just before his thirtieth birthday.

The captain of Portugal and his country's all-time leading goalscorer won his third title of best soccer player for the year, after the Ballon d'Or for Best European Player in 2008, and simultaneously, the FIFA Best Player of the Year in the same year, and the amalgamated title, FIFA Ballon d'Or, in 2013 and 2014, after a marvelous season in which he scored 60 goals in 61 appearances and helped Real Madrid to the FIFA World Club Championship, the Champions League, the UEFA Super Cup and the Spanish Copa del Rey.

Those who work close beside him will vouch for the fact that he is always the first to enter the training ground and the last to leave, practicing free kicks, and then many times going on to a multi-gym to do even more training, leaving fellow professionals gasping for breath, telling him "That's enough!"

Finally, the charity work and donations made by Cristiano Ronaldo reveals an inner greatness which few have written about, making him at 30 years of age an excellent ambassador for his club and for his country, Portugal, which he almost single-handedly fired into the 2014 FIFA World Cup Finals in Brazil, yet after the two play-off games with Sweden (in which he scored four goals including a hat-trick in Stockholm), he declared modestly "I was just doing my job".