How to classify a man (?) who aims to murder a lion with a bow and arrow, fails, tracks the terrified animal for several hours, shoots it, skins it, then cuts its head off as a trophy, relegating at the same time the animal's cubs to a certain death by the Alpha male that takes his place in the pride? Should he be allowed to practice medicine? 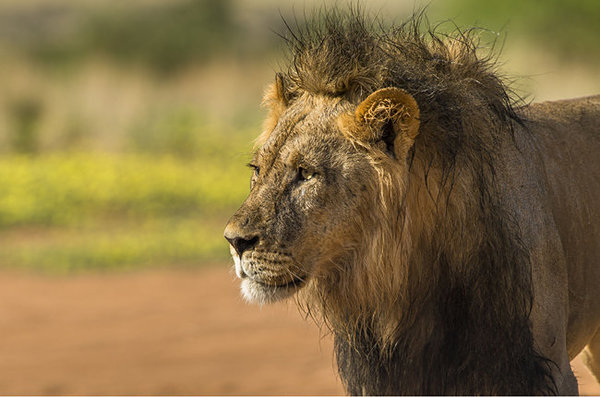 Let us start by turning the tables on Walter James Palmer,  the dentist from Minnesota, United States of America but before that let us pay tribute to the lion we call Cecil, that magnificent animal which delighted countless visitors, producing numerous cubs from several females, the Alpha male of a pride of 22 lions at Hwange National Park, Zimbabwe. His movements are well known since 2008, for it was then that he was tagged as part of a scientific study to learn more about Africa's dwindling lion  population.

Thanks to the efforts of this dentist from Minnesota, and monsters like him, the number of lions in the wild in Africa has plummeted to some 20,000 from some 450,000 in the 1940s. Now there is not only one fewer, but a whole family.

Enter Walter James Palmer, described as a dentist and a "big game hunter", who allegedly paid 50,000 USD for the pleasure of traveling to Zimbabwe, and once this wonderful animal was lured out of the safety of the national park, tried and failed to kill it with a bow and arrow.

Injured, the terrified animal scrambled to the safety of the brush, whereupon Palmer and his guides initiated a 40-hour trek to track him down. And now let us turn the tables on Palmer.

How would he like to be hunted, injured, tracked, murdered, skinned and decapitated?

How would Mr. Walter James Palmer, the dentist from Minnesota, apparently still eligible to practice medicine (was that the United States of America or some banana republic?)...How would Mr. Walter James Palmer like it if someone lured him out of the safety of his home, or country, and fired an arrow into his neck? How would he feel as he knew instinctively that the hunt was on and that he was running for his life?

How would Mr. Walter James Palmer feel as he dashed into the undergrowth, gasping for breath, hearing the pounding of feet behind him, the shouts of excitement as his predators sensed their kill, knowing that every droplet of blood would bring them nearer as he lay defenseless with only the skin on his body to protect him against the vastly superior firepower of his hunters? How would he feel as they tracked him for forty hours, two days and an entire night, until they finally caught up with him, shot him in the head, skinned him while there was still life in his eyes and then cut his head off to take somewhere as a trophy, cooing with pleasure at such a monumental display of "valor"?

And how do we feel when a man (?) like this produces the excuse "I thought it was a legal hunt"?

How can any "hunt" in this day and age be considered "legal"? Has Humankind not destroyed enough of our planet already? Haven't we poisoned the land, devastated the habitat of countless species, driving thousands of them into extinction every year, turned the oceans into a sea of plastic, which will float around on the currents for the next 4,000 years? Haven't we left enough swathes of land radioactive for the next half-million years in our attempt to murder each other, wasting trillions of dollars each and every year on military expenditure while our children grow up hungry?

What right does Mr. Palmer have to murder animals, when animals do not belong to anybody to be murdered? Are these not the actions of a psychopath?

Isn't it about time Humankind manned up for once and drew a line to protect our beautiful home from monsters such as those who go around shooting animals for fun? Isn't it time we drew a line, stood together, closed ranks and demanded that any acts of hunting for sport or for trophies should be illegal and carry draconian sentences, isn't it time we protected our collective habitat against those who burn down forests then stand giggling as an orang-utang falls half-burnt to the ground, as some subhuman piece of excrement somewhere in the USA stuffs a firework into the mouth of a dog and stands back laughing as the dog has its face blown off, before it dies, as was the case this week?

Maybe today Walter James Palmer feels what it is like to be the hunted rather than the hunter. Luckily for him, he will not be shot with an arrow, tracked for forty hours, shot, skinned and have his head cut off. But would anyone have an iota of sympathy for him if it happened?

What happens to Mr. Walter James Palmer, the dentist from Minnesota, is up to the courts of law, not vigilante groups. Let us see what justice the American legal system provides. After Guantanamo Bay torture and concentration camp, forgive me for predicting that nothing will happen to this apology of a man and that he will carry on practicing medicine (dentistry) somewhere else as if nothing had happened. In five years' time there he will be again with a stupid expression on his face next time with a cheetah to add to his collection of rhino, leopards and Cecil the Lion. Only on Planet Earth 2015.

Just let me ask a last question. As he is murdering animals in cold blood in Africa, is he thinking of his wife, his children, his colleagues or his patients? When his patients are lying in that dentist's chair, have they any idea that the person (?) standing over them is the one who pays to go around firing arrows into lions for fun, shooting animals for fun, having them skinned for fun and their heads cut off? For fun?

Today, like a sniveling, cringing, yellow-bellied little coward, someone is hiding from the wave of hatred that his actions alone have caused. And nobody, anywhere on Earth, feels a shred of sympathy for him. Spare a thought for his wife, who has to wake up every morning and face something like that day in and day out.