Animal lovers: do NOT read this. Though it is not difficult to believe, given NATO's record in recent years...boiling animals alive, shooting them and then torturing them for hours, setting fire to them, blowing them up, exposing them to radiation, pinning them down with rods while maggots infest their bodies. Horror movie? No, NATO, allegedly, according to research revealed below. 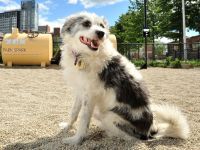 It is difficult to imagine how much lower the image of NATO could sink in the hearts and minds of the international community and of the taxpayers who fund its massive bills which siphon off billions of dollars of the budgets of its member states although the organism was never elected by anyone. After the recent evidence about experiments on live animals, NATO hits rock bottom.

PETA - People for the Ethical Treatment of Animals, has revealed that the British Ministry of Defence sends its soldiers (army surgeons) to Denmark to take part in what they term as Operation Danish Bacon, more precisely, operations in which live pigs are marked, shot by marksmen to occasion injuries in organs but not to kill and the terrified screaming animals are then subjected to operations while they lie thrashing on the ground and pleading for life, for up to two hours.

After the callous strafing of public buildings with military hardware, after the destruction of Libya's water supply and electricity grid, after the slaughter of hundreds  of thousands of innocent civilians in wars across the globe, it comes as no surprise to anyone, surely, to hear that animals are being treated in such an inhuman way.

But it is not only the British military involved. PETA also accuses the US Armed Forces of, every year, maiming or killing 342,000 animals in military experiments which occasion extreme pain, distress and agony to primates, dogs, sheep, goats, pigs, rabbits, cats and others.

PETA claims that the US Armed Forces test weaponry on animals. They list some examples on their website (*). For example The Atomic Ark experiment in 1946 when 4,000 sheep, cows, goats and others were forced aboard a ship and exposed to an atomic blast.

The list reads like a true NATO Shock and Awe tactic, as the depraved minds of what can only be the dregs from mental institutions and prisons are let loose. I advise those who love animals not to read further.

I repeat, I advise those who love animals not to read further.

Monkeys were exposed to total body radiation while strapped to seats; beagle dogs were also exposed to radiation and studied for up to a week before being murdered; monkeys and rabbits were shaved and held down so that mosquitoes could infect their bodies and feast on their blood.

Wound laboratories, labs where animals, including dogs and cats, are suspended from slings and shot, then operated on; nearly one thousand goats had their legs broken and amputated while alive; apes were exposed to nerve agents; 700 cats were shot in the head; animals were tortured with cigarette smoke, alcohol, decompression sickness, not to mention the horrific environmental damage wrought on the South Pacific and the South-West USA in nuclear experiments.

Since NATO is not democratically elected, the fact that it dictates foreign policy in its member states renders it unconstitutional. After these revelations, how can any civilised human being allow this evil organization to rule over her/his country's policy? As everyone now knows, NATO perpetuates its existence through the manipulation of fear and by finding false flag events to justify its wars, serving in turn as a showcase for weapons contracts.

Does anyone really want this useless anachronism, this bunch of back-slapping old boys, constituted by demented and demonic murderers and torturers, in their back yard?