The SS Cotopaxi, the ship that disappeared in December 1925, has recently been found in the Caribbean Sea, near the famous Bermuda Triangle. No one expected that the ship would literally surface almost a century later. The Cuban authorities intend to conduct thorough investigation into the incident. 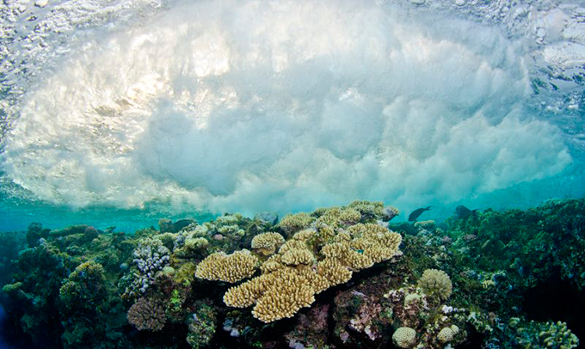 An unidentified vessel appeared in the zone forbidden for navigation, to the west off Havana, on May 16. After unsuccessful attempts to contact the crew, three patrol boats of the Coast Guard went to intercept the ship.

It turned out that it was an old ship built at the beginning of the last century. No one was on board. A little later, it became clear that the vessel was the legendary SS Cotopaxi,  which mysteriously disappeared in 1925.

On November 29, 1925, the SS Cotopaxi departed from the port of Charleston in South Carolina to Havana. Two days later, the crew stopped communicating. Nothing was known about the ship since then.

The logbook of the ship's captain, who served at Clinchfield Navigation Company, ended abruptly on the day of the disaster - December 1, 1925. The records contained many interesting details concerning the daily life of the crew, but there was not even a hint of what happened to all aboard.

If the ship sank, where were the remains of the sailors or their clothes? Did they all jump overboard?

Interestingly, the place, where the vessel was found, is located in the area of ​​the Bermuda Triangle. Dozens of ships and aircraft disappeared in this zone at various times. There is a plethora of versions explaining the Bermuda anomaly. Some of them are very hard to believe (the Bermuda Triangle is a portal into another dimension), whereas others are quite realistic and explain the phenomenon with peculiarities of the sea current.

The death of "Mars"

The sudden appearance of missing vessels is not an uncommon occurrence. The search for the sunken Swedish flagship Mars lasted for centuries. The ship was built in the XVI century, during the age of the seven-year Northern War between Sweden and the coalition of Denmark, Poland and the Free City of Lübeck. The ship was considered a giant vessel for those days: the displacement of the ship equipped with 107 powerful cannons amounted to 1.8 thousand tons, its crew consisted of 800 people.

On March 31, 1564, three Danish ships grappled with the Mars. One of the cannonballs hit the powder hold. The vessel exploded and sank in mere minutes.

Researchers and enthusiasts had been looking for the Mars for centuries. However, it was only in September 2011, when a team of underwater archeologists headed by Swede national Richard Lundgren found the sunken vessel. On a radar screen, they saw a pile of logs that turned out to be the wrecked Mars. Today, one can see an exhibition of artifacts retrieved from the legendary flagship in the museum of the town of Västervik.

Treasures of the Gulf of Finland

Most recently, Badewanne research team came across an old wooden ship from the XVIII century on the bottom of the Gulf of Finland. Interestingly, the ship does not appear in any archives, nor does she have a name plate. The ship was discovered simply resting on the seafloor. Even the wooden masts of the ship were left intact.

The Dutch schooner Frau Maria is resting in the waters of the Gulf of Finland too. The two-masted ship twenty meters in length is resting at a depth of 40 meters.

In October 1771, Frau Maria sailed from Amsterdam to the Baltic Sea. Officially, she was carrying diplomatic mail to St. Petersburg. The ship was also transporting a much more precious cargo - a collection of 20 paintings painted by Rembrandt's disciples.

The ship safely traveled by Germany, Denmark and Sweden, but hit a rock and sank during a storm near the port of Turku. The sailors managed to save their lives with the help of local fishermen, but only six paintings were rescued.

In 1999, an international group of treasure hunters found the Frau Maria near the Aland Islands. The discovery triggered a dispute between Finland and Russia.

Most mysterious phenomena of world ocean

People mysteriously disappear in front of other people's eyes