People mysteriously disappear in front of other people’s eyes

On the Kenyan Rudolf Lake there is Envaitenet Island, which translates as "no-return" from the language of the local tribe. The island is just several kilometers wide and long. Local people do not live on the island, because they consider it a cursed place. 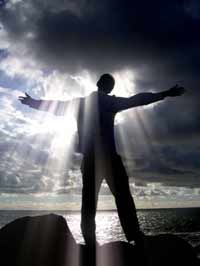 People mysteriously disappear in front of other people’s eyes

English explorer Vivian Fush's expedition was working in Kenya in 1935. His two colleagues - Martin Sheflis and Bill Dayson - left for the mysterious island. Fifteen days passed, but the two scientists did not return. Fush sent a rescue team to the island, but they found no trace of their friends - just a deserted aboriginal village. The island looked totally abandoned. They called out a plane to survey the island, but found nothing.

Local residents told Fush that people used to live on the island many years ago; they fished, hunted, traded with their relatives on the mainland. However, the island residents suddenly stopped coming to the mainland at all. Then several men from the waterside village came to the island to see what happened. When they reached the island, they were struck dumb: they saw a deserted village with huts full of various things, and fish was rotting near extinguished fire. Where were people? "Scouts" left the island very quickly, and decided not to try their fate. Nobody except for birds ventured to go there again.

People sometimes disappear in front of other people's eyes. On August 23 1915 near Constantinople military units witnessed apparition and disappearance of an enemy regiment in strange dense clouds. The same phenomenon occurred in October 1943. According to famous American researcher of anomalous phenomena Charles Berlitz, the US Navy performed an experiment during which a warship disappeared from the Philadelphian dock and in an instant appeared in the Norfolk-Newport dock near Portsmouth. It is several hundred miles. Then the ship disappeared again and returned to Philadelphia. The crew that was on board all the time could not help to investigate this phenomenon: half of sailors went mad, others were found dead. This mysterious event became the plot for the film called The Philadelphia Experiment. What was it – mass hallucinations or something else?

American weekly History of Scientist described an incident in Picton, Ontario, when a 13-year-old boy disappeared in his relatives and neighbours' presence on July 30 1969, but then was found on the same place several days later.

Famous astronomer and ufologist Alan Haynek has published a collection of stories devoted to mysterious disappearance and abduction of people, having called it "closed contacts with the third nature." A lot of such incidents have been documented in detail, like the story with Betty and Barney Hill from Whitfield, New Hampshire. In September of 1961, Betty and Barney Hill were returning home after a holiday when they saw two bright luminous spots following behind their car.

Some time later they passed into a light slumber. When they came to their senses, they became aware that two days had passed and they had been transported at hundred miles away. Later they recalled that they had been in a spaceship, and there was bright light in it and extraterrestrial beings touched them with tentacles to enlight them.

Such "sensations" appear in the Russian press too. Newspapers wrote that Olga Volkova from the city of Perm had been abducted by extraterrestrial beings that scanned her brain, tried to implant a chip under her skin, but the woman managed to resist and escape. Five-year-old twins Sonya and Tanya Komarova from Saratov allegedly disappeared from their kindergarten and then unexpectedly appeared there again about three and a half hours later. The two little girls could not explain anything properly, they just said that "a little sun was whirling in the ceiling, and then it came down and ate them." The incident was explained by space forces. Muscovite Oksana Nerazova was going to a shop, but in three days she found herself a hundred kilometers far from her house. She told reporters amazing things about her communication with strange beings “of the extraterrestrial origin”.

“If you survey anomalous phenomena, it is important to have a critical attitude to such information and to carefully check it,” considers Professor Rudolf Nesmelov from the Institute of Ecology and Evolution of the Russian Academy of Sciences. “I knew a woman who said about her communication with brain brothers that abducted her right from her bed and she succumbed to their calling and went 15 kilometers in dirt. Then she returned home in clean shoes. She did not question that. But it is indispensable if you want to discover the truth. A detailed analysis of such incidents often shows that people take natural atmospheric phenomena or lights of a flying plane for mysterious luminous balls or spots in the sky. Big planets like Saturn or Jupiter often look like luminous spots at night. It's just about possible to see the planet with the naked eye, and if you are driving, the planet seems to go parallel to you. That is the case with Betty and Barney Hill. As a rule, people who saw an UFO cannot distinguish between a flying plane and a traffic light. Bald-headed creatures with tentacles that change their size and scan people's bodies are usually a vision or sensation based on certain psychological prejudices”.

However, that does not mean that there are no wonders, they just have a physical explanation as often as not. For example, researchers from the Biophysical center with the Oncology Research Institute of the Russian Ministry of Health carry out very interesting experiments in quantum transportation, that is an instant transfer of information about a biological object at any distances. Currently laboratory mice serve as objects, but the results enable researchers to conclude the things that Albert Einstein had predicted and then fantasts reiterated for many times are quite possible. Though all this is now impractical, it does not violate the physical principles.