Interview with Richard Kock*, Professor of Wildlife Health and Emerging Diseases Royal Veterinary College, London, on the sudden catastrophic die-off among the Saiga antelope which places this wonderful animal that roams around the steppe of Russia, Kazakhstan and Mongolia in critically endangered status. Interview conducted by Timothy Bancroft-Hinchey, Pravda.Ru. 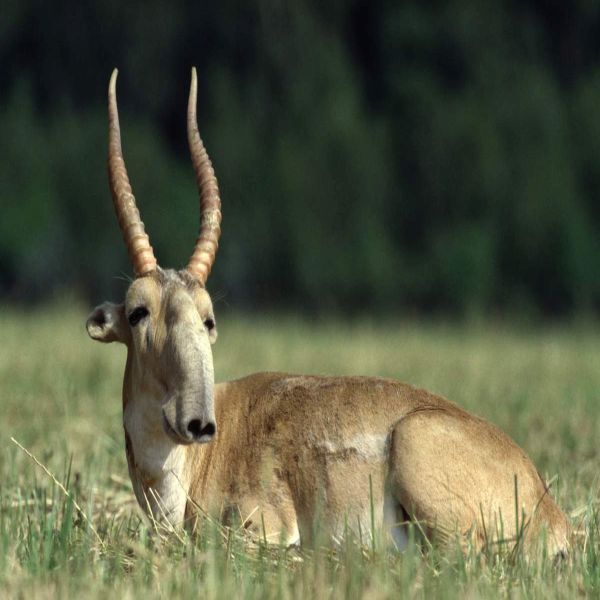 Pravda.Ru: How deep is the impact of the current die-off for the Saiga antelope and its continuation on our planet?

Professor Richard Kock (RK): This is a catastrophic event on a recently recovering population affecting what was its most viable population remaining globally. This puts the animal firmly back into a critically endangered status and extinction is now a high risk in the medium to long term.

Pravda.Ru: Is there anything unprecedented or strange about the current die-off compared with previous events?

RK: This is the first time such an event has been so thoroughly monitored due to the work of Kazakh authorities, ACBK (Association for the Conservation of Biodiversity of Kazakhstan), (ACBK), RIBSP (Research Institute for Biological Safety Problems), RVC (Royal Veterinary College), CMS (Convention on Migratory Species), UNEP (United Nations Environment Program), FFI (Fauna and Flora International), FZS (Frankfurt Zoological Society), SCA (Saiga Conservation Alliance) which have all helped promote

a) placement of collars to enable tracking and identification of calving sites early enough for direct monitoring.

b) assessment and training for outbreaks of disease

c) collaborative research to better evaluate the causes of outbreaks and nature of the diseases.

So direct comparison with earlier events is difficult. They might be the same cause or similar or not. What is surprising is the mortality rates in an aggregation of saiga which is 100%. This is extremely unusual in biology and disease ecology.

Pravda.Ru: Have the researchers uncovered any clear links between the parasites and the Haemorrhagic Syndrome and toxaemia/septicaemia which is killing the animals?

RK: There is evidence that P.multocida is a primary agent in causing this Haemorrhagic Syndrome but there may be syndemics and polymicrobial aspects, particularly clostridia but this needs further study. Histology should help to elucidate the pathogenesis and likely bacterial disease as the proximate cause of death.

Pravda.Ru: How well have the Kazakh authorities been coping? Has there been an important international response?

RK: Due to what I stated above, the Kazakhs were better prepared to investigate the die-off than before and have shown a very transparent and constructive approach to this problem. The RIBSP lab is doing excellent work and the Veterinary Services have been supportive. The international community has been highly responsive including the CMS, UNEP and IUCN and various academic bodies and agencies with an interest in disease emergence.

Pravda.Ru: Have you or your team been active in other areas affected outside Kazakhstan, such as Russia and Mongolia?

RK: We maintain contact with various scientists in the Academy of Sciences in Moscow and with NGOs active with the small saiga population in Mongolia.

Pravda.Ru: What are the probabilities that human activity is the root cause of this dramatic situation?

RK: It seems likely that there are some triggers and underlying factors driving this event which might have roots in human activities - the most likely being climate change. In addition the overall impact of poaching and disturbance of saiga through hunting and agricultural practices in the range are reducing the resilience of this species to events such as this. There may even be pasture factors which relate to the overall climate and environmental changes which could have acted as triggers some of which might be influenced by agricultural practice and range use by saiga.

Pravda.Ru: Is there any evidence of toxic substances being behind this die-off?

RK: Toxicology needs to be done on the samples collected and if found in the carcasses this will help to lead to possible toxic factors but there is no clear evidence on this presently.

* Professor Richard Kock (59) is Professor of Wildlife Health and Emerging Diseases at the Royal Veterinary College in London, one of the most prestigious Institutions of its kind in the world, and has worked for over thirty years in Veterinary Science, Conservation, Epidemiology and Pathology around the world.

Career History: 10 years as a veterinary/wildlife clinician (1980-90), 5 years as a conservation programme manager (2006-10) in UK and 23 years of field based experience in Africa (& Asia), 15 as a resident in Kenya (wildlife veterinarian, researcher & epidemiologist) & 5 years as a researcher/academic at the Royal Veterinary College (RVC) London UK (2011-) Professor Wildlife Health and Emerging Diseases