The Saiga antelope, which inhabits the steppe of Russia, Kazakhstan, Uzbekistan, Kirghizstan and Mongolia, is dying out in the hundreds of thousands. Recent research has revealed a catastrophic die-off which has literally halved the population of these animals in the last two months from a quarter of a million to some 125,000 animals. The animals die within hours of showing signs of horrific symptoms. 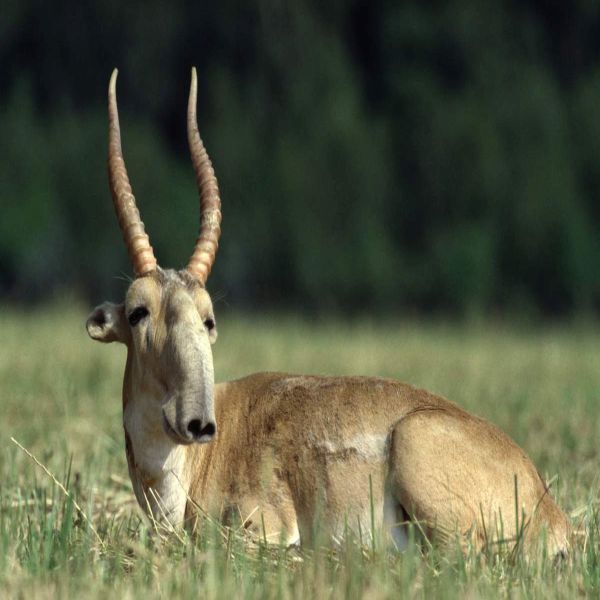 The question is, the reasons for the massive die-off remain a mystery. The problem began to be observed in mid-May when four large herds of birthing Saiga antelope were completely wiped out, the main victims being mothers and calves. The numbers of dead animals were staggering - around 125,000 or half the entire population of the species which inhabits western Russia, Kazakhstan and Mongolia.

So alarming was the scenario that the veterinary authorities of Kazakhstan's Secretariat of the Convention on the Conservation of Migratory Species of Wild Animals contacted international experts from the UK's Royal Veterinary College and the Food and Agriculture Organization, which sent scientists to examine dead animals and perform post-mortems.

The investigators found Pasteurella and Clostridia, two opportunistic pathogenic bacteria which take advantage of suppressed immune systems. The main driver behind the die-off is the reason why the immune systems are suppressed.  The symptoms are horrific: signs of depression, followed by diarrhea, difficulty in breathing and frothing of the mouth and the animals die within hours of the onset.

The scale of the die off has been described by scientists called to the scene as "unprecedented" due to the fact that when the illness affects a herd, there are no survivors. There have been mass die-offs in the past but these never affected more than ten to fifteen thousand animals. The recent disappearance of the four herds mean that there are only two calving herds left.

Is there something infecting the steppe? Or have the bacteria evolved to become multi-resistant? Have the herds been subjected to mass vaccination campaigns? Let us hope we can find an answer to these questions, or others, before it is too late.