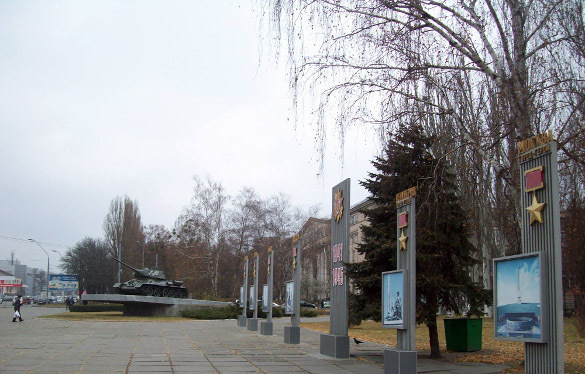 Twelve settlements of the USSR were awarded the title of "Hero City" during Soviet times. This is distinct honor that can be awarded to the cities that are still remembered for the courage of their residents during the Great Patriotic War. Today, the cities of Brest and Minsk are in Belarus, and Kiev and Odessa are in Ukraine ... Yet, the vast majority of residents of hero-cities are proud to live there, regardless of the country.

Does the title of a hero-city carry any additional economic, political or any other significance? What does this title give a city in addition to honor and respect?

Also read: Hitler's supporters not coming for Victory Parade in Moscow on May 9

"It does not give a city any tax benefits. This is just a matter of pride - to live in a city  that is regarded as a hero city," State Duma deputy, member of the Committee on Labor and Social Policy, Chairman of the Mining and Metallurgical Union of Russia Mikhail Tarasenko said in an interview with Pravda.Ru.

Indeed, living in a hero city is great honor. For any normal, adequate citizen, this is more important than all types of economic benefits or preferences. What about other post-Soviet countries, such as Belarus, for example?

"On the eve of Victory Day, a variety of activities are held at the Brest Fortress. There are festivities in Minsk as well. All of this costs money, of course, but the question here is not material at all. This is a question of honor, glory and pride of the city and the people living in it! Such things are beyond material - they are priceless," Andrei Shubaderov, chief of the military news agency of the armed forces of Belarus, told Pravda.Ru.

Interestingly, hero cities appeared before the Great Patriotic War ended. They appeared shortly before Victory Day. The title of Hero City was awarded to Leningrad, Stalingrad, Sevastopol and Odessa in accordance with Order No. 20 singed by the Supreme Commander-in-chief on 1 May 1945. Time passed, and Kiev was awarded with the same title as well, albeit after Stalin's death, in 1961.

On May 8, 1965, Leningrad and Kiev were decorated with a "Gold Star" medal; Volgograd (formerly Stalingrad), Sevastopol and Odessa received the "Gold Star" medal and the Order of Lenin. The same year, Moscow and Brest Fortress were first awarded the title of Hero City and Hero Fortress respectively.

The phrase "Hero City" in relation to the Belarusian capital of Minsk became customary a long time ago. However, in 1960s-1970s, the leadership of the Belarussian Soviet Socialist Republic had to take a lot of effort to persuade the leaders of the Soviet Union that Minsk was worthy of the honor. Minsk became the ninth hero city in the Soviet Union - in nearly 30 years after the war ended - on June 6, 1974.

In all hero cities, there are special memorials dedicated to defenders of the city. The most outstanding one of them is the Mamayev Kurgan memorial complex in Volgograd.

Also read: Who's unhappy with Victory parades in Moscow?

In Brest, Belarus, it is the Brest Fortress that became the memorial complex. In Minsk, there is the majestic "Kurgan of Glory" - the place of the so-called "Minsk trap" where more than 100 thousand German soldiers were encircled. In Moscow, there is the Victory Memorial on Poklonnaya Hill.

Many Russian cities have their own symbols of Great Victory

There are symbols of Victory in many other cities, including Ukrainian cities of Kiev and Odessa. However, today's Ukraine is a completely different story, and this story is not victorious at all. Ukraine is turning its back on the part of history that it shared with the Soviet Union. Today, Ukraine does not need symbols of Victory. The titles of hero cities were awarded to Odessa and Kiev by decrees from the Presidium of the Supreme Council of the USSR. Present-day Ukraine had nothing to do with it, so how should it look today from the legal point of view? If Ukraine no longer needs the title of hero cities for Kiev and Odessa, then it is only Russia that can revoke the title from the cities, because it is Russia that acts as a legal successor to the USSR.

Looking at Ukraine from a different angle, one may assume that there are two Ukraines today: the Kiev-Bandera pro-Nazi Ukraine, and the rest of the country, together with Novorossiya.

In November of 2014, I visited a place in the center of Kiev, just 25-minute walk from Maidan. The picture that I saw there was the same as it was during the days of the USSR: steles of hero cities, including Moscow, Leningrad, Sevastopol, of course, Kiev and others. On the pedestal, there was the T-34 tank, untouched. Everything was clean, neat and tidy. That street is called Victory Avenue (Prospekt Pobedy).

The great title of Hero City remains sacred for all people who live in those cities, because it means memory, honor and pride of the people.