Perversion of history: Do not cast pearls before swine

Recently, frequent attempts have been made to revisit the role of the Soviet Union in World War Two. Suffice it to mention statements from Ukrainian Prime Minister Yatsenyuk regarding the Soviet invasion of Ukraine and Germany, as well as from Polish Minister Schetyna, who said that Auschwitz concentration camp was liberated by Ukrainians. In addition, Czech Jews protested against inviting President Putin to the Anniversary of the liberation of Auschwitz. What do such statements and actions mean? Assistant professor of the Faculty of Political Science of the Lomonosov Moscow State University talked about it in an interview with Pravda.Ru. 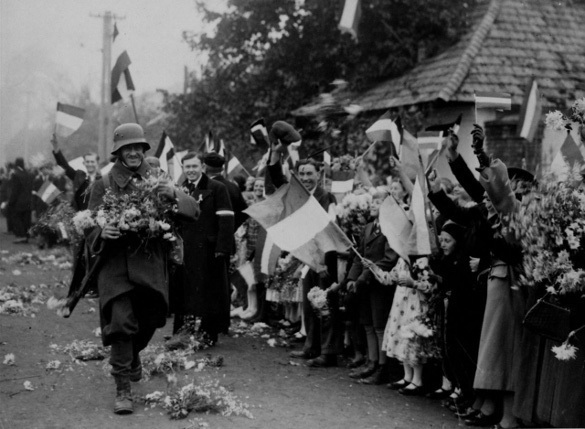 "They mean that attempts to revisit the role of the Soviet Union in World War Two have started much earlier. The beginning can be considered the Sinews of Peace by Churchill, and now there is an information war, and the main battlefield is history. There is nothing new about it. I think that even after the stabilization of the situation in Ukraine and relations with the European Union every now and then there will be such situation when historical facts will be revisited, and not based on some documents but using ignorance of most people," Kirill Anderson said.

Those who don't know history, try to rewrite it

A Pravda.Ru correspondent asked the expert for whom such statements were made.

"For people, who know little of history and who do not have their own opinion. The more sensational the statement, even if it's false, the better people take it. One of the 20th century propagandists, Goebbels, said: "The more heinous and scarier a lie, the sooner people will believe it". In other words, there is also nothing new in terms of propaganda," Kirill Anderson noted.

The Pravda.Ru correspondent asked what revisiting of the results of World War Two would lead to. How should we struggle with it?

"We should ignore it, do not respond to all ignorant outcries. "Do not cast pearls before swine". However, there is a way to struggle with perversion of history - create your own history. At that, the way history is presented is also important, not only material itself. History must be not only true but also vividly stated," Kirill Anderson said.

The Pravda.Ru correspondent asked if this propaganda was an ideological justification for a coming war?

"There were earlier attempts to isolate Russia. I think that they will be wise enough not to bring it to a "hot" war. In terms of tensions, this situation is a lot like the Cuban missile crisis, only at that moment there were two powers and they could come to an agreement, today the number of participants increased. Thus, some desperate or insane action of one of them may lead to catastrophic results. However, I don't think that it is related to preparations for war. It is an attempt to keep on a short leash, control public opinion in the West that cannot be ignored anyway, especially during elections. Therefore, there is a struggle for people's minds, unfortunately in this struggle we have less technical opportunities," Kirill Anderson summarized.