US tells Jews to declare their dislike of Russia

The Federation of Jewish Communities in the Czech Republic has firmly opposed Russian President Vladimir Putin visiting Prague to attend ceremonies marking the 70th anniversary of the liberation of Auschwitz. According to the statement, Russia "doesn't respect international treaties, is aggressive abroad and uses its power to occupy the territory of a neighboring state". Does the historical memory mean nothing to Jews on the Czech Republic? Senior research scientist at the Institute of Scientific Information for Social Sciences of the Russian Academy of Sciences Yuliya Scherbakova talked about it in an interview to Pravda.Ru. 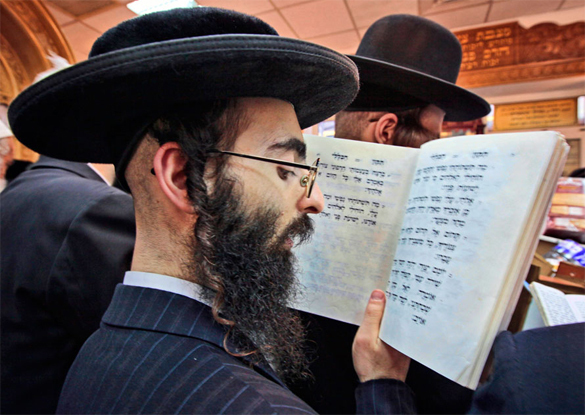 "I wouldn't talk like that about Jews in the Czech Republic, but there is a connection with the Jewish lobby from the U.S. We know that there are rather strong Jewish organizations there, and the U.S. is pursuing the policy of putting pressure on Russia from all possible directions," Yuliya Scherbakova noted.

A Pravda.Ru correspondent asked the expert if it could be that Vladimir Putin comes to the Czech Republic but heads of other victorious powers will refuse to attend memorial events because of his presence?

"I don't know. I cannot foresee actions of heads of other states, based on the information I have. I know that the U.S. administration is currently considering Obama's visit to Russia to celebrate the 70th anniversary of Victory in the Great Patriotic War. There is no final decision yet," Yuliya pointed out.

The Chief Rabbi of the city of Prague and of the Czech Republic Karol Sidon said earlier that he was hopeful that the Russian President would not come. According to Sidon, he was a signatory to Charter 77, in '80s he was prosecuted by the Czech state security authorities and was forced to leave homeland for the Federal Republic of Germany, where he converted to Judaism. The Pravda.Ru correspondent asked the expert if it was because of Sidon's Russophobia and not the stance taken by the Federation of Jewish Communities in the Czech Republic?

"Both Sidon and the Federation announced their stances. We cannot equate these two statements. Maybe he had some influence on the decision taken by the Federation. But in my opinion, the American trace is far more obvious here," Yuliya said.

The Czech Republic voted against the UN Resolution "Glorification of Nazism: Inadmissibility of certain practices that contribute to fuelling contemporary forms of racism, racial discrimination, xenophobia and related intolerance". The correspondent asked why was that and if there was a connection to the abovementioned statements? Can we make a conclusion that the Federation of Jewish Communities in the Czech Republic has nothing to do with Jews and just executes its government's order?