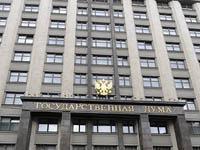 In some countries, there is "creeping revision" of the results of World War II going on, the chairman of the State Duma, Sergei Naryshkin stated.

According to Naryshkin, in some countries there is so-called creeping revision of decisions relating to the results of the Second World War. For the time being, this activity meets no proper resistance, the speaker said.

Naryshkin added that one should create new electronic resources containing materials and copies of Nuremberg trials.

It is worthy of note that Russia had previously introduced a draft resolution to the UN General Assembly condemning Nazism.