The limits of Nature's tolerance

Global warming, the greenhouse effect and the squandering of natural capital to meet the standards of production of a type of economic behavior that is increasingly aggressive in relation to nature, are issues that, today, occupy a certain position of prominence in the agenda of the main world leaders. 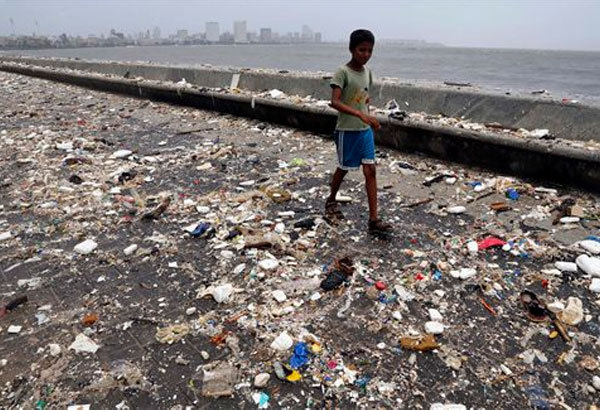 Given these issues, however, there is a dilemma to be solved, since it has unbalanced Earth's environment with real possibilities of us witnessing in a not too distant future, a catastrophic scenario for everyone, although there is disagreement as to possible future events.

The dilemma is because of two diametrically opposed positions which stoked the debate about ecological issues in their close relationship with economic activity. On the one hand, responding on behalf of the international scientific community, are those who argue that the imbalance of the planet changed substantially by global warming, which is the immediate result of irresponsible human activities, leaving little time for the reversal of this chaotic picture.

On the other hand, are researchers commonly called skeptics who argue that the planet will soon be colder because the weather is more influenced by cosmic radiation than by the actions of humans addicted to consumerism, accustomed to a production economy.

Although it is not known in full what are the tolerance limits of nature and, more specifically, what its break-even point is, it is known with a high degree of certainty, that many of these limits have been wrongfully exceeded, and that it is no longer possible to continue keeping pace, with the current growth policies of the global economy guided by the inordinate extraction of natural resources.

The continuity of this type of linear economy that is where one extracts, produces and discards without criteria and without due regard to the nature of resilience, one has only enhanced the environmental crisis.

As Professor Rodnei Vecchia points out, ecosystems - which support economic activity  - must have the resilience or elasticity necessary to withstand deformations and resume their original form in order to provide food, energy, water and climate stability for the sake of balance and continuity of life.

However, the above-mentioned author continues, we do not respect the time required for the recovery of natural capital; on the contrary, we draw from nature more than its restoration capacity is.

Respecting the limits of tolerance of nature must be in line with a model of sustainable economic development, able to prioritize the people, not goods, social character and a balanced environment, and move away from the economic growth model now in effect which enshrines the throwaway economy, which is wasteful, environmentally destructive and largely unsustainable.

In this detail, it is up to present generations, as a priority action to identify, care for and, of course, respect each limit expressed by nature, notably in key ecosystem services, for only then this generation will leave an inheritance to future generations in an environmentally balanced planet, a type of moderate economy compatible with an ecological system that is not subject to suffocating through industrial production without criteria, so that we may then reach a more comfortable situation for everyone.

In the year 2016, we are seeing growing oxygen-starved dead areas forming along our coast-lines, caused by excess nitrogen from fertilizers, factory and vehicle emissions and from sewage pumped into the sea.

In the year 2016, just one per cent of China's city-dwellers breathe air considered within safety limits.

In the year2016, one quarter of our mammal species is in danger of extinction and we are losing species faster than we can document them - they are becoming extinct even before they have been identified.

In 2016, the Great Pacific Garbage Patch measures twice the size of the continental USA and has 100 million tonnes of swirling, floating rubbish, polluting the seas and killing its residents.

Ladies and gentlemen, we are not in a good place and we're heading for worse to come.