World Wildlife Day - The future is in our hands

March 3 is World Wildlife Day, a United Nations initiative to celebrate our planet's wonderful and unique species and at the same time to highlight the plight so many of them find themselves in. Almost one quarter of our mammals are in danger of extinction. Time for action - SOS: Save our Species! 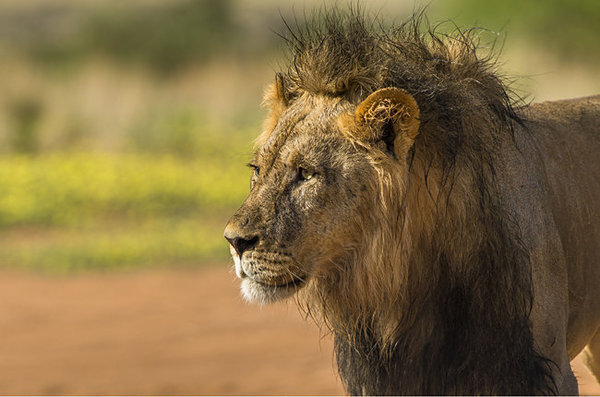 "On this World Wildlife Day, I call on all citizens, businesses and governments to play their part in protecting the world's wild animals and plants.  The actions taken by each of us will determine the fate of the world's wildlife.  The future of wildlife is in our hands!"

The future of wildlife is in our hands

The theme for World Wildlife Day 2016 is "The Future of Wildlife is in Our Hands" and this year, the focus is on the African and Asian elephants. The theme was chosen to reinforce the link between wildlife, human activity and sustainable development, celebrating the millions of unique species that we share our home with but at the same time raising awareness about the dire situation so many of our species find themselves in. 23 per cent of our mammals and 12 per cent of our birds are in danger of extinction.

The responsibility of every generation

The theme also spells out a clear message, that each and every generation is responsible for handing over a sustainable situation to the next, something which our generation has failed to do.

The UNO highlights "the pressing need for national action to ensure the survival in the wild of both charismatic and lesser known species". Indeed, scientists cannot agree on how many species there are, because most of them have yet to be identified. Less than two million have been documented to date but it is estimated that there may exist five times that amount. The question is, we are losing them and their unique characteristics before they are discovered.

Every year, up to ten thousand species are lost, through climate change, habitat destruction and poaching as our cities expand and encroach on natural areas, as loggers burn down forests which are the homes to millions of species and replace them with trees or grazing fields which are alien to the area.

CITES, the Convention on International Trade in Endangered Species of Wild Fauna and Flora, works together with other agencies of the United Nations Organization implementing directives and policies among its 182 Member States. The fight against wildlife crime is high on the list of priorities since this has economic, social and environmental impacts. "Wildlife has an intrinsic value and contributes to the ecological, genetic, social, economic, scientific, educational, cultural, recreational and aesthetic aspects of sustainable development and human well-being" (CITES).

In just four decades, from 1970 to 2010, there was a 52 per cent reduction in our planet's biodiversity. Yuri Fedotov, Executive Director of the UN Office on Drugs and Crime, states that our predecessors built an Ark to protect animals from the Flood. "Animals around the world confront a rain of bullets, poisonings, traps, and snares. Some of the most emblematic animals on this planet - tigers, elephants, rhinos - are closer to extinction than salvation," he considers.

The figures are staggering. Around one hundred pangolins are slaughtered every year in India for their scales, which sell for 3.000 USD a kilo on the Asian market.

Only five species of rhinoceros exist today, of the dozens that inhabited the Earth a century or two ago; over 100,000 Black Rhino were counted by scientists in recent times, whereas today there are around 2,000; packs of African Wild Dogs used to be counted in the hundreds. There used to be thousands on the Serengeti Plains, now there are around sixty;. Today the average size of a pack is ten; fewer than one per cent of the African Elephants that were counted in the twentieth century remain alive today; in just ten years the number of African Lions has decreased from 50,000 to 15,000 at most; in the last century the number of cheetahs has decreased tenfold from 100,000 to 10,000.

Every hour 240 acres of habitat is destroyed, every 20 minutes we lose a species. Rhino horn is used as dagger handles or as an aphrodisiac for some Asian not man enough to do the job. Ivory is used to decorate shelves, lion heads decorate dental surgeries. This year thousands of undiscovered species and maybe a few flagship species will die out. Forever.